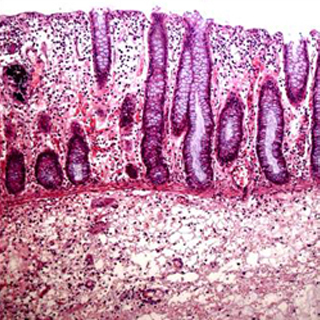 UCL researchers apparently found that mutations in either of two linked genes may cause an acute form of inflammatory bowel disease (IBD) in small children.

Inflammatory bowel disease (IBD) is a collection of inflammatory conditions of the colon and small intestine.

Dr. Glocker commented, “This discovery is a milestone in research on inflammatory bowel disease, and will enable us to gain further insights into the physiology and immunity of the intestine.”

When either IL10R1 or IL10R2 is mutated, the warning signs from IL10 cannot be received, and the ensuing inflammation apparently causes tissue damage, in particularly the gastrointestinal system.

The gene identification effort headed by Professor Bodo Grimbacher at UCL Medical School (Royal Free Campus Hampstead), and leader of the Marie-Curie Excellence Research Group, mentioned, “This discovery will lead to future therapeutic options not only in children but potentially also in adult patients with IL10 signalling problems.”

Other research groups concentrating chiefly on adult-onset IBD have apparently recognized dozens of genes and variants that influence the danger for IBD, but this is claimed to be the first research to illustrate that a single genetic mutation could be enough to cause the disease.

Finding the genetic mutations supposedly meant that the researchers were able to effectively treat one of the research patients with a bone marrow transplant (BMT). The patient, who had not reacted to other therapies, apparently illustrated an impressive development after the BMT and has supposedly remained in remission for more than a year.

The resolution to treat one of the research participants with a BMT was due to numerous issues. A prerequisite for considering a BMT is that the affected gene is thought to be generally active in bone-marrow derived cells, which is the case with both of the genes mutated in the patients. The disease is also believed to be acute in patients with the known mutations that the possible advantages of a BMT may overshadow the risks. The patient also apparently had a fit sibling who matched as a donor, which facilitated the transplant.

The joint research comprised of researchers from UCL, the National Center for Biotechnology at the National Institutes of Health, Hannover Medical School in Germany and various other institutions.