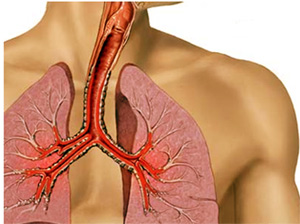 A study by researchers at Columbia University Mailman School of Public Health is linking asthma with post-traumatic stress disorder (PTSD) among adults. The study of male twins who were veterans of the Vietnam era suggests that the association between asthma and PTSD is not primarily explained by common genetic influences.

“If there had been a strong genetic component to the link between asthma and PTSD, the results between these two types of twins would have been different, but we didn’t find substantial differences between the two,” said lead researcher Renee D. Goodwin, PhD, assistant professor of Epidemiology at the Mailman School of Public Health.

Dr. Goodwin noted that several other studies have found a relationship between asthma and other anxiety disorders, yet this study is the first to investigate the link between asthma and PTSD. This new research also confirmed previous findings that linked asthma with a higher risk of depression.

“The reasons for the association between asthma and mental disorders is not known,” she said.

The researchers found the association between asthma and PTSD existed even after they took into account factors such as cigarette smoking, obesity and socioeconomic status, all of which are associated with both anxiety disorders and asthma.

“It is conceivable that traumatic stress, which has been associated with compromised immune functioning, leads to increased vulnerability to immune-system-related diseases, including asthma,” Dr. Goodwin and colleagues wrote.

“Alternatively, it may be that having asthma places adults at increased risk for PTSD as it increases the likelihood that they will be exposed to a traumatic situation because they have a life-threatening chronic medical condition.”

The findings suggest that a person with asthma who experiences a traumatic event may benefit from seeking professional help, because they could be more vulnerable to developing post-traumatic stress disorder, Dr. Goodwin said.