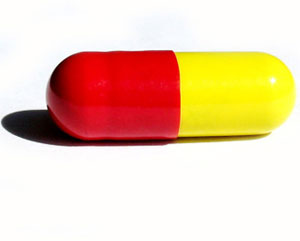 A new kind of drug that cuts heart attack risk has been found to be effective and safe in its first clinical trial.

The drug works by decreasing levels of bad cholesterol by as much as 40 percent. High low density lipoprotein (LDL) levels increase the risk for heart attack and stroke.

The finding was based on a study, led by John Baxter, MD, professor of medicine in the UCSF Diabetes Centre, which found that the drug, known as KB2115, mimics the action of thyroid hormone and safely accelerates the hormones natural ability to rid the body of LDL or action to statins.

Statins are the widely used class of drugs to lower cholesterol, and may offer an alternative for patients who cannot tolerate statins.

In the clinical trial, the new drug was shown to decrease cholesterol levels in two ways – it lowers LDL levels and promotes the removal of cholesterol through the liver.

The Phase II trial involved 24 moderately overweight people with high LDL levels. It confirms earlier tests in animals. The animal studies also found that the drug stimulated the good cholesterol (HDL) pathway, which removes cholesterol from arteries and transports it into the liver, where it is converted into bile and eliminated from the body.

In the study, 24 people were divided into four groups. One group received a placebo, and each of the other groups received a different dose of KB2115. After two weeks, it was found that LDL levels were lowered by an average of 40 percent in the groups that took the highest doses.

KB2115 binds selectively to the helpful beta-receptor and is preferentially take up by the liver. It is taken up only poorly into the heart, thereby minimizing dangerous over-stimulation.

The findings showed the drug was well tolerated with no detectable effects on the heart. The animal studies also found that the drug countered both obesity and diabetes.

The researchers hope to test the drugs ability to safely treat people with these conditions too.

In spite of today’s therapies for heart attack and stroke, there are more than a million heart attacks a year in the U.S. We need other types of drugs to attack this problem. Using thyroid mimics is an entirely different approach, and I think one with great promise for treating high cholesterol and probably other conditions such as obesity and diabetes, Baxter said.

The researchers also said that the drug might also complement the use of statins to further decrease cholesterol levels.