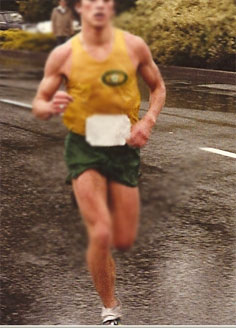 Researchers examined marathons held throughout the United States between 1975 and 2004 to see whether the total number of sudden deaths changed when roads were closed to traffic to clear the way for marathon running.

The number of sudden deaths from heart attacks following each marathon were compared to motor vehicle deaths during the same hours one week before and one week after each marathon.

The study, led by Prof. Donald Redelmeier of the University of Toronto’s Department of Medicine, also found that almost half of the fatal heart attacks associated with the marathons occurred in the last 1.6 kilometres of the race, suggesting that a runner’s final sprint followed by sudden relaxation may be more dangerous than previously realized.

What the researchers found was that the races resulted in 26 sudden cardiac deaths, but because of road closures in the vicinity of the races, 46 motor vehicle fatalities were prevented.

That prompted the authors to suggest that race organizers ensure there is sufficient emergency medical help available in the last half of a marathon.

Link administered between cognitive training and biological structure of the brain