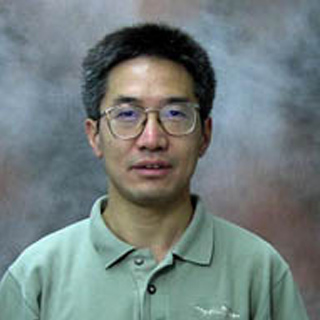 Scientists are burning the midnight oil in attempting to discover new drugs to treat deadly diseases. Supposedly, researchers are taking the trial and error out of drug design by utilizing potent computers to recognize molecular structures that seem to encompass the maximum likelihood to serve as the basis for new medications.

Majority of the drugs are said to be designed to act on proteins that someway break down in ways that could result in impairment and disease in the body. The active ingredient in these medicines is said to be typically a single molecule that may communicate with a protein to halt its misbehavior. But looking out for such a molecule, nevertheless, may not be simple. It may preferably be shaped and configured in a way that enables it to attach with a protein on what are called ‘hot spots’ on the protein surface. And the more hot spots it attaches to, the more possibility it has to be therapeutic.

To achieve this, several drug molecules comprise of units known as fragments that are said to be associated through chemical bonds. A perfect drug molecule for a particular protein disease target ought to be a mixture of fragments that match into every hot spot in the best feasible way.

Ohio State University scientists, nevertheless, have supposedly used computer simulations to recognize molecular fragments that may fasten concurrently to numerous hot spots on proteins. The method is said to be a new way to deal with the fragment-based design approach.

Chenglong Li, assistant professor of medicinal chemistry and pharmacognosy at Ohio State and senior author of a research detailing this work has developed computer programs that enable those molecular fragments to discover the protein hot spots. The algorithm is said to be derived from a computation method known as particle swarm optimization.

Li mentioned that this new computer modeling technique of drug design seemingly encompass the possibility to complement and augment competence of more lengthy techniques such as nuclear magnetic resonance and X-ray crystallography. With this new computer simulation method, known as multiple ligand simultaneous docking, Li coaches molecular fragments to communicate with each other prior to the real experimental trials, eliminating weak and ‘noisy’ fragments so only the potential ones remain.

Before he can start designing a molecule, Li ought to get hold of information about a particular protein target, principally the protein structures. Li begins the design process with molecular fragments that are available from several drugs already present in the market. He crafts out a computer image of those molecules, and then cuts them up into minute pieces and develops a library of substructures to work with.

The outcomes of this computation apparently craft an initial molecular template that may serve as a blueprint for advanced stages of the drug finding process. Medicinal chemists may accumulate synthetic molecules based on these computer models, which may then be examined for their efficiency against a given disease condition in various research environments. Li has seemingly already applied this technique to recognize molecules that attach to known cancer-causing proteins. He mentioned that this method may be used in any protein that is believed to be an alleged cause of diseases of any type, not just cancer.

The research was published in the Journal of Computational Chemistry.