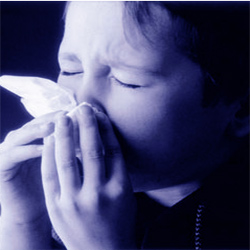 As of now, there has never really been a cure for a common cold as such, except for a few allopathic medicines out of which a few were reconsidered over various health reasons. But now, Czech researchers seem to have discovered a new treatment for the symptoms of the common cold. It involves nothing but a rinse with a special saline nasal wash made from Atlantic seawater.

The study claims that using this special saline nasal wash from water of the Atlantic Ocean could actually improve the symptoms of colds and flu in children, and could also prevent the recurrence of these infections.

According to Dr. Jana Skoupa, the co-author of the study and a doctor at Pharma Projects in Prague, Czech Republic, “We brush our teeth everyday; however, we do not pay attention to our noses, which is a potential gate for infection. Nasal wash should be used, based on our findings immediately,”

It could be that the salt water has a simple mechanical effect of clearing the nose’s mucus, or it could be that trace elements in the water play some more significant role. However, the actual and exact reason why such a solution works is not known as of now, confirmed Dr. Ivo Slapak and colleagues of the Teaching Hospital at Brno in the Czech Republic.

Interestingly, this study simply confirms what many doctors already know. In fact, the authors said that even though saline nasal washes have been mentioned as a treatment for cold, scientific evidence about whether they actually work was not available.

“We have recommended this for years. This study gives some objective evidence,” said Dr. Jonathan Field, emeritus director of the pediatric allergy and asthma clinic at New York University/ Bellevue Medical Center in NYC.