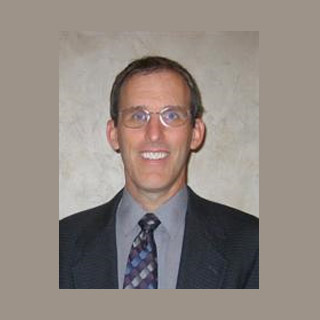 Polycystic ovarian syndrome which is a cause of infertility in 5 percent to 10 percent of women of childbearing age, is a condition supposedly associated with androgen excess. According to a research undertaken by the University of Rochester male sex hormones such as testosterone in the ovaries play a significant role in female fertility. These hormones are usually associated with male reproduction and prostate cancer.

The hormones appear to be more beneficial for women, as their presence and activity in the ovaries aid to regulate female fertility. It is believed that the hormones not only control follicle growth, but also develop and prevent deterioration of follicles containing growing eggs.

Stephen Hammes, M.D., Ph.D., Louis S. Wolk Distinguished Professorship in Medicine (Endocrinology and Metabolism) at the University of Rochester Medical Center and a lead author of the research added, “The need for certain levels of male hormones in the female body and the strong influence these hormones have is often underappreciated. Our findings open up a new line of research into how we can regulate male sex hormones, specifically in the ovaries, to improve fertility.”

An experiment on mice helped the investigators to conclude that an irregular androgen level in the ovary of females is a major cause of infertility. Therefore, the scientists affirmed that certain levels of male hormones or androgens are essential in the bodies of women enabling them to function normally. The research also declared the means to regulate androgens and combat infertility in humans.

In the United States itself there are more than 6.1 million women aged 15 to 44 who face a problem in conceiving or staying pregnant. PCOS is related to the more than abundant production of male hormones, resulting in changes in regular ovulation and therefore infertility. So the researchers aimed to ascertain the overall effects of androgen levels in the ovary. The target and control in the increased levels that lead to infertility issues was then enabled in the women.

This enabled them to determine which reproductive tissues the hypothalamus, pituitary, or some other cells within the ovary, regulate fertility. Androgen receptors were possibly undamaged in the other reproductive tissues including the hypothalamus, pituitary, and other ovarian cells. The outcome was that female mice without androgen receptors in the ovarian granulosa cells underwent abnormal ovulation cycles. They were unable to ovulate as many eggs as control mice, and had smaller litter sizes.

Aritro Sen, Ph.D., research assistant professor in the division of Endocrinology and Metabolism at the University of Rochester Medical Center and a lead author of the research shared, “We found that fertility problems are most likely present because androgen signaling in the ovary is abnormal. Previously, we assumed that androgen signaling in the brain – the hypothalamus and the pituitary – was at the root of the problem, but we found that is not the case.”

It was also reported that these mice had lesser follicles that were completely developed and ready to ovulate. On an average most of their follicles did not progress beyond pre-development stages and died before ovulation could occur. The researchers concluded that the presence of male hormones in ovarian granulosa cells in mice seem to be vital for normal follicle development and fertility. They further confirmed that when an androgen receptor is disallowed or eliminated in ovarian granulosa cells, ovarian follicles are unable to progress to later stages of development and cause infertility.

The research is published in the current issue of the journal Molecular Endocrinology.