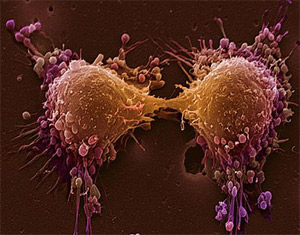 Sometime ago, scientists at China’s Wuhan University developed an easy, quick and extremely cost-effective screening test for cancer of the colon, stomach, lung and bladder. Now, this revolutionary test known as URC (Urine test reagen for cancer) is available in India, particularly in Kolkata.

The Indian importer for the URC test is Ramesh Kripalani. He packages the kit after which it is sold at chemists

Kripalani pointed out the possible uses of the test saying, “If there’s a lump and one suspects cancer, then one can take the test. And if the test is positive, then one should rush to an oncologist because early detection of a cancer is critical.”

The new cancer test is unlike any other that was previously available, like those that required detailed blood examinations. Rather, the URC test is somewhat along the same lines as a pregnancy test. In fact, the result can be gauged in around 3 to 5 minutes from this urine test.

“We conducted trial tests on 25 persons in Kolkata to prove the utility of the new screening system,” said cancer specialist S Mukherjee.

The URC system has been approved by the State Food and Drug Supervision Bureau of China and has also received certification from the Drug Controller of India and has been certified by the Indian Medical Association (IMA).

According to Mukherjee, the commercial launch of the URC cancer-screening system would be made in a short while.