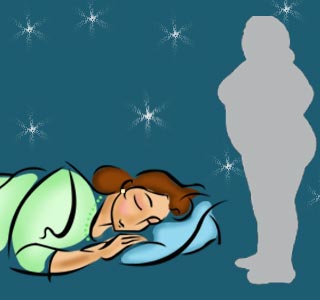 These researchers were believed to have evaluated the activity, sleep and energy usage of around 14 nurses. These nurses were evaluated as a part of the Integrative Cardiac Health Project at Walter Reed Army Medical Center. This analysis of the nurses was also believed to consist of exercise training, nutritional counseling, sleep improvement and stress management.

In order to be able to effectively gauge the amount of total activity, body temperature, etc. of the nurses they all seemingly wore an actigraphy armband.

“When we analyzed our data by splitting our subjects into ‘short sleepers’ and ‘long sleepers,’ we found that short sleepers tended to have a higher BMI, 28.3 kg/m2, compared to long sleepers, who had an average BMI of 24.5. Short sleepers also had lower sleep efficiency, experienced as greater difficulty getting to sleep and staying asleep,” says lead investigator, Arn Eliasson, M.D.

Another astounding thing that was discovered was that the overweight subjects appeared to be more active than their thinner counterparts. The former group of people seemed to relatively take more steps as compared to the latter group. In spite of being more physically active this didn’t seem to aid them in weight loss.

These researchers wanted to mainly determine the factors which were creating this difference in weight and also how sleep and weight seemed to be linked.

It was presumed that sleeping for lesser than the required amount may create an imbalance in the natural hormones, which may in turn lead to an over consumption of foodstuffs. Apart from this stress was also believed to a significant criterion in lowering the quantity and quality of sleep. Stress was also presumed to play a crucial role in increasing the consumption of foodstuffs and various other behavioral patterns which may lead to weight gain.

Dr. Eliasson elucidates that, “Higher perceived stress may erode sleep. Stress and being less rested may cause these individuals to be less organized than normal weight individuals, meaning they would have to make more trips and take more steps to accomplish the same tasks. This might add to their stress and encourage other unhealthy behaviors like stress eating.”

This research was concluded by stating that a more detailed and in-depth analysis needs to be conducted before these findings may be confirmed.

These research findings have been presented at the American Thoracic Society’s 105th International Conference in San Diego.