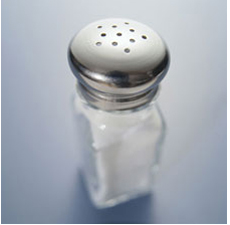 A survey was conducted by the Consensus Action on Salt and Health which has now warned parents that giving children foods containing a high amount of salt could increase the risk of high blood pressure.

The survey found that favorite foods of kids like burgers and pizzas contain around 1gm of salt per serving. However, this happens to be around 30% of the recommended 3g per day limit for children aged between 4-6 years old.

The report said that one portion of typical southern fried chicken had around 2.8gms of salt; thick white bread includes 1.06gms of salt in just two slices and strangely certain sweet products contain around 1.1g of salt per serving.

Research also showed that too much of salt consumption was linked with stomach cancer and osteoporosis and could also aggravate the symptoms of asthma, added MacGregor.

On a lighter and more positive note, Julian Hunt of the Food & Drink Federation said that some manufacturers had brought down salt levels considerably.