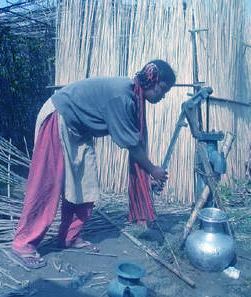 According to a study, the children of mothers exposed to high levels of arsenic tend to face a higher risk of cancer as well as other diseases later on in life.

Researchers from the Massachusetts Institute of Technology and Chulabhorn Research Institute in Thailand examined the blood from umbilical cords of 32 Thai women who were exposed to high levels of arsenic.

The study found that their offspring had about 450 genes that were either significantly more active or less active than babies whose mothers had not been exposed. The research team then isolated 11 of the genes that were more active and associated with inflammation which can lead to an increased risk of cancer later in life.

According to one of the paper’s authors Leona D. Samson, who is also the director of MIT’s Center for Environmental Health Sciences or CHES, “The function of those 11 genes is involved in cellular stress responses particularly inflammatory responses. We know that chronic inflammation at least in adults can predispose them to cancer. We don’t now that in the case of these babies obviously but there is a possibility.”

Samson also said that it still remains unclear how exactly the arsenic finds its way to the babies.

Arsenic, which is odorless and tasteless, when found in drinking water, can be a global threat to health. It enters water supplies from natural deposits in the Earth or from agricultural and industrial practices. Arsenic is poisonous when consumed in high doses, while smaller amounts can cause cancer, skin problems and abnormal heart rhythms.

Prof. Michael R. Moore, director of the National Research Centre for Environmental Toxicology at the University of Queensland in Australia, said the findings mirror earlier work on mice. But he cautioned that the numbers of women studied was small.

“It would be great to do this in Bangladesh where exposures are much higher and a larger cohort could be recruited to enhance statistical validity and rule out other potential environmental factors. However, it is consistent with the mouse work and signals that second generation effects can be found,” Moore said.

Samson said further research could include studies of possible ways of reversing or mitigating the damage from arsenic, perhaps through dietary changes, nutritional supplements or drug treatments to counteract the changes in the genes.