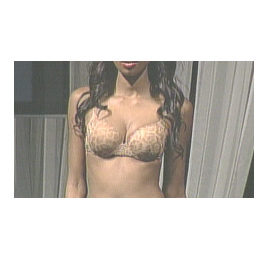 A Canadian study has suggested that young women with large breasts tend to have a significantly higher chance of developing Type 2 diabetes later in life than those who are not top heavy.

The study indicates that women who wear a D-cup bra at age 20 are almost 60% more likely to develop diabetes than those who wear a smaller A cup at 20. This indication is however independent of other body weight factors.

According to Dr. Joel Ray, a St. Michael’s Hospital scientist and the lead study author, “It isn’t just about abdominal obesity, but also the contribution of fat tissue in another place.”

Generally, Type 2 diabetes occurs when the body becomes resistant to the sugar-metabolizing insulin produced in the pancreas. Further, obesity which is mainly the storage of fat in the abdominal area, has long been noted as the main contributor to this disease.

The new study now suggests that fat storage in women’s breasts may pose additional as well as independent diabetes risks. And, those risks appear to increase progressively with cup size, said Ray.

The study also found that women who reported high BMIs plus large breast sizes at the age of 20 were about 4 times more likely to develop diabetes than those with small breasts and low obesity levels.

According to Ray, obesity in adolescence often increases breast size. He said that most of the diabetes risk seen in the study is almost certainly due more to overall weight than cup size.

However, Ray said that the study is just a preliminary look at the role that breast size may play as a diabetes predictor. He also said that further research would be needed.

Diane Finegood, head of diabetes and nutrition at the Canadian Institute of Health Research had this to say about this study, “I think there is good background rationale as to why there might be a relationship (between diabetes and breast size).”