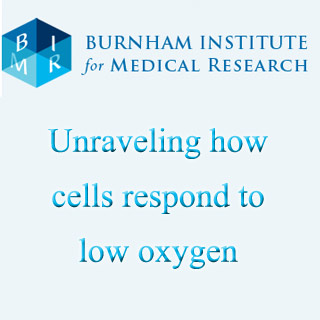 Experts from Burnham Institute for Medical Research at Burnham have explained how the stability of the REDD1 protein seems to be controlled. Apparently, the REDD1 protein is an important inhibitor of the mTOR signaling pathway. This pathway is known to control the development and proliferation of cells.

As part of the cellular stress response, REDD1 seems to be expressed in cells under low oxygen conditions called as hypoxia. Experts showed that the REDD1 protein very quickly undergoes degradation via the ubiquitin-proteasome system. Supposedly, this system allowed for the recovery of mTOR signaling as soon as the oxygen levels were brought back to normal.

Study expert, Dr. Gary Chiang stated that, “Cells initially shut down the most energy-costly processes, such as growth, when they’re under hypoxic stress. They do this by expressing REDD1, which inhibits the mTOR pathway. But when the cell needs the mTOR pathway active, REDD1 has to be eliminated first. Because the REDD1 protein turns over so rapidly, it allows the pathway to respond very dynamically to hypoxia and other environmental conditions.”

Due to mTOR pathway’s frequent alteration in cancer, this seems to be the main focus of this noteworthy study. However, very little was known about the regulation of REDD1. Experts recognized that a ligase complex known as Cul4A-DDB1-ROC1-β-TRCP E3 appears to be responsible for aiming REDD1 for degradation. In addition, they identified that REDD1 degradation, allegedly, was also dependent upon its phosphorylation through the protein kinase GSK3β.

The findings of the study suggested that increased proteolysis of REDD1 may be an added way that mTOR signaling is unregulated in tumors. This is because the inhibitory role of REDD1 in the mTOR pathway seems to emphasize its possibility as a tumor suppressor.

The findings of the study have been published in the journal, EMBO Reports.