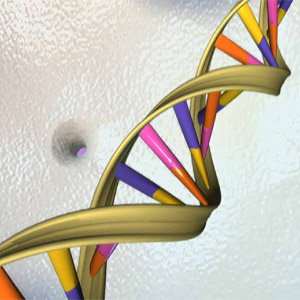 It may now be possible to encode and store digital information within the DNA. This could possibly eliminate the need for expensive sequencing machinery.

The human genome embodies the equivalent of 750 megabytes of data, a huge storage space. However, only about three percent of DNA goes into the more than 22,000 genes that make us what we are.

The remaining 97 percent leaves plenty of room to encode information in a genome, allowing the information to be preserved and replicated in perpetuity.

Given the infinitesimally small size of the DNA fragments, large quantities of information could be stored in a very small space. By storing messages within DNA, organizations can “tag” objects to verify genuineness and send data to a specific destination.

According to Stefano Lonardi, of UCR Bourns College of Engineering,“Already there are several companies using DNA to tag objects that they certify to be original and which then can be very difficult to counterfeit.”

“What we developed at UCR is a method to encode a message in DNA in a way that does not require an expensive sequencing machine,” notes Lonardi.

“The decoding still requires a wet lab procedure, but the experimental procedure is significantly easier.”