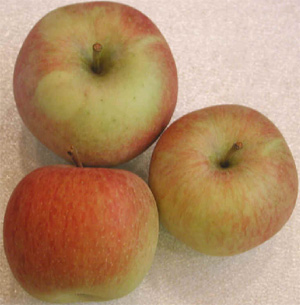 The saying that an apple a day can keep your doctor away has just taken on a stronger meaning as a new study has found that apple pectin and apple juice extracts have anti-carcinogenic effects on the colon.

The researchers believe that the presence of apple pectin and apple juice extracts increase the presence of the compound butyrate which is believed to be a chemopreventative metabolite that might prevent the occurrence of colorectal cancer.

Butyrate is a short chain fatty acid that, the research states, ‘not only serves as a major nutrient for the colon epithelia but is also thought to play an important role in the protective effect of natural fiber against colorectal cancer.’

Dr. Schrenk and his colleagues conducted laboratory tests in which they found that by the increased production of butyrate via the addition of apple components, histone deacetlyases (HDAC) were inhibited.

With slowed production of HDAC, there would be significantly less growth of precancerous and tumour cells.

The researchers therefore noted: ‘Apples are a major source of natural fiber and of low molecular weight plan polyphenols in the Western diet. Pectin-rich apple products can thus be expected to exert anticarginogenic effects in the colon.’