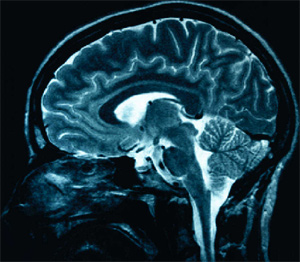 According to a new study, the human brain has a way of sensing calories in food, completely independent of the taste mechanism.

The discovery that the brain’s reward system is switched on by this “sixth sense” machinery could have implications for understanding the causes of obesity.

The findings suggest why high-fructose corn syrup, widely used as a sweetener in foods, might contribute to obesity.

Ivan de Araujo and his research colleagues genetically altered mice to make them “sweet-blind”, or lacking a key component of taste receptor cells that enabled them to detect the sweet taste.

The researchers next performed behavioural tests in which they compared normal and sweet-blind mice in their preference for sugar solutions and those containing the non-caloric sweetener sucralose.

In those tests, the sweet-blind mice showed a preference for calorie containing sugar water that did not depend on their ability to taste, but on the calorie content.

In analysing the brains of the sweet-blind mice, researchers showed that the animals’ reward circuitry was switched on by caloric intake, independent of the animals’ ability to taste.

Those analyses showed that levels of the brain chemical dopamine, known to be central to activating the reward circuitry, increased with caloric intake.

Also, electrophysiological studies showed that neurons in the food-reward region, called the nucleus accumbens, were activated by caloric intake, independent of taste