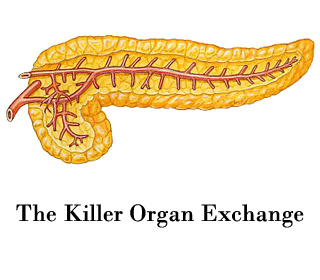 In a total turn around of events, two organ recipients died after they received organs from a donor who suffered from a rare undiagnosed form of lymphoma. At present, two other recipients are undergoing chemotherapy after receiving organs from the same donor.

The 15-year-old donor named Alex Koehne, and his parents Jim and Lisa Koehne, were told that the boy had bacterial meningitis when he had fallen sick in 2007. The decision of donating Alex’s organs was taken before his demise. However, a month after his death on March 30 last year, his parents requested an autopsy and in a shocking revelation found that he died of a deadly cancer known as anaplastic T-cell lymphoma and never had bacterial meningitis. Ironically, a 52-year-old man who had the boy’s liver and a 36-year-old woman who received his pancreas died of the same cancer. Two men, aged 46 and 64, who were recipients of Alex’s kidneys, which have now been removed, are currently undergoing chemotherapy.

According to Newsday, since the hospitals depend on donor information and the treating doctor’s diagnosis to decide whether to accept the organs or not, and since the process must be completed in a timely manner as organs are only workable for so long, the hospitals have been cleared of any maltreatment.

All the same, the hospitals claim to have made their screening process on organs whose donors died of bacterial meningitis more stringent, requiring proof of the bacteria.