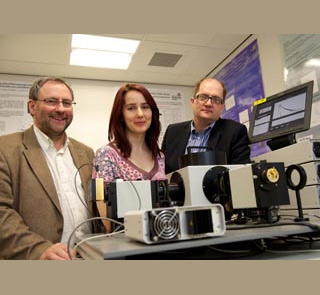 Alzheimer’s disease may the most common form of dementia that hampers the lives of around 450,000 people in the UK alone. Since this condition cannot be identified well in advance, treating it appears as an uphill task. With that in mind, researchers from the University of Strathclyde in Glasgow have crafted a unique technique that uncovers Alzheimer’s disease in its earliest stages and can aid in developing future treatments.

With this technique, the ratio of fluorescence signals can be detected to pinpoint the clusters of peptide linked with the disease. As of now, the peptide joining together until more advanced stages cannot be viewed, but may aid in screening patients without the need for needles or wires. At the time of the investigation, scientists analyzed several samples of the peptide.

Experts observed that where peptide was associated with Alzheimer’s, they produced fluorescence light signals. These signals could be supposedly picked up by the latest technique much earlier than in more conventional experiments, like those employing the addition of a dye. Dr Olaf Rolinski, of the University of Strathclyde’s Department of Physics, led the research and colleagues assume that this approach can help understand the role of these peptides in the onset of Alzheimer’s and unravel ways in which the disease could be stopped.

The research is published in Physical Chemistry Chemical Physics.