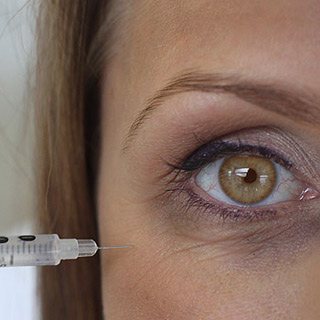 If you thought getting free of facial wrinkles did the magic, then you’d have to perhaps think again after knowing its effects on the brain!

Botox, chemically known as Botulinum neurotoxin type A, can move from its injection site to the brain, notes a newly conducted study.

The study by Italian National Research Council’s Institute of Neuroscience which was carried out on rats, had researchers injecting the rats’ whisker muscles with botulism, which is the toxin commonly used to treat muscular disorders in cosmetic procedures.

After which the experts looked at the connected brain areas for a revealing sign of the toxin: the remnants of a protein that botulinum breaks down.

Three days after the injection was administered, the researchers found these remnants in an area in the brainstem1. The dilute amount of the toxin that reached these cells meant that there were no obvious effects on the animals.

The toxin gets inside nerves access to the brain, which blood-borne drugs often have trouble reaching, reports Nature.

The researchers note that it also moved to a part of the brain that controls long-term memory, spatial navigation and eye-head coordination.

The findings, which have been published in the Journal of Neuroscience, also conclude that the toxin moved from one area of the brain to another and was still present six months later.

On the other hand, Allergan, the US makers of Botox, retort that the research is not decisive and contradicts previous findings.

Since the past few years, Botox treatments are being used extensively to smooth facial wrinkles and to treat other health problems. It was approved for use in 1989. However prior to the latest study, the US FDA also warned Botox users, noting that the treatment had adverse reactions involved.