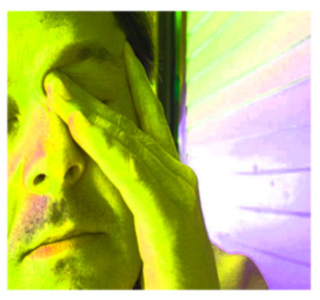 Now through a qualitative study, the common problem of fatigue can be explained in detail. The University Of Texas M. D. Anderson Cancer Center has spotted three basic themes – one is loss of strength or energy, the second theme is the major effects of fatigue and the third is related sensations amongst patients being treated with standard radiation therapy.

On 15th May at the 33rd Annual Congress of the Oncology Nursing Society (ONS), Loretta A. Williams, Ph.D., RN, AOCN, OCN, an instructor in the Department of Symptom Research at M. D. Anderson presented similar data of 21 patients who had exchanged their personal cases of combating with cancer’s distressing and common symptoms.

“While fatigue is a well-recognized symptom of cancer and its treatment, the measurement of fatigue has been based on many different ideas and definitions. Few of these definitions have included patient input. We’re trying to define fatigue based on patient experience,” said Williams. “Once we’re able to determine the critical elements of fatigue, we’ll be better equipped to ask the right questions of patients to assess fatigue. Healthcare professionals – including nurses – will be in a much better position to intervene with patients to manage or prevent fatigue.”

The research has been conducted using different methods like open-ended, audio-taped interviews with 21 patients and these patients underwent the radiation therapy at M.D. Anderson. The findings were that during the fifth week of radiation therapy, 57 percent of them were women and other patients were of 54 years old.

The patients were found to have loss of strength and energy which also included some other factors like feeling tired or weak. This might cause exhaustion to patients with lack of energy and stamina.

Some of the comments that William and her team received from the patients were, “I don’t have a body part that is tired. My whole body is tired,” “I just have a weak feeling…pretty well all over,” and “Fatigue to me is just a feeling of no energy.”

Through the report, the team also mentioned about the effects of fatigue which consists of lack of motivation or inability to do the usual day to day activities, low interest in social activities and also an overwhelming need to rest at times.

“Among the patients that we talked to, they often expressed an inability to do things that they could easily do before their treatment or before their diagnosis,” said Williams. “They frequently reported that they didn’t want to be around others, that it took too much out of them to keep up a conversation or be cordial.”

Some of the physical sensations linked with fatigue are “malaise, aching, feelings of heaviness or weight, slowness of movement, lack of appetite, and mental sensations of psychological distress and difficulty thinking or concentrating,” according to Williams and her team.

“I just felt myself dragged out, just tired, and it was distressing to me because that’s not my norm. I don’t like to feel like that,” says a patient.

Williams who was a clinical nurse specialist before joining M. D. Anderson’s Department of Symptom Management as a nurse-scientist said, “Defining the patient’s experience with a symptom is critical to assessing and managing that symptom. Assessing and managing symptoms, certainly fatigue, is a primary role of oncology nurses.”

The research team and Williams want to explore further on the definition of fatigue amongst people who are undergoing chemotherapy and other latest therapies. They even aim to prepare a single definition on cancer related fatigue.