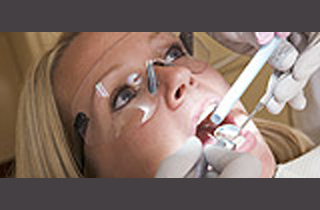 As funny as it may sound but even healthy grown-ups tend to skip a beat if they have to visit a dentist. Striving to put an end to this problem, scientists at the University of Leeds have seemingly uncovered a painless procedure for dental cavities that controls impairment due to acid attack and reconstructs teeth to make them look like new ones.

This breakthrough in the dental arena seeks to alter the approach used for filling teeth permanently. When acid created by bacteria in plaque absorbs the mineral in the teeth, it apparently results in minute holes or pores signaling the onset of tooth decay. As it is left unattended, these pores seem to multiply and become bigger in size. Subsequently, the tooth may have to be filled or drilled suitably to avoid pain and in some cases the tooth itself is pulled out. Drilling in itself causes people to go weak at their knees leading to neglect of toothaches and other problems. This is deemed to make the situation more difficult often causing decay in other teeth as well that is seemingly not noticed. Before we are incorporated in this vicious cycle, the issue needs to be addressed, say the analysts. As per the new technique, dentists may be equipped with a peptide-based fluid that is supposedly layered onto the surface of the tooth. This technology relies on basics of tooth formation and renovation of the tooth damage.

“This may sound too good to be true, but we are essentially helping acid-damaged teeth to regenerate themselves. It is a totally natural non-surgical repair process and is entirely pain-free too,” remarked Professor Jennifer Kirkham, from the University of Leeds Dental Institute, who has led development of the new technique.

This miraculous fluid developed by Dr Amalia Aggeli and others, comprises a peptide called P 11-4 that will accumulate into fibres in specific instances. Practically, the fluid when painted onto the tooth surface, apparently seeps into the minute holes and transforms into a gel. The latter presumably appears to provide a platform that pulls in calcium and restructures the mineral of the tooth internally. Thus it accounts for a natural and painless experience for treating initial stages of tooth decay. Presently, the treatment has been implemented in a small set of adults who faced early signs of tooth decay. This new method with P 11-4 supposedly worked for everyone. If it heals problems in larger groups of people, then 2 to 3 years down the line dentists could be utilizing this avenue. The treatment is likely to be non-invasive, pain-free and retains natural teeth of patients, as claimed.

Credentis ag has licensed the technology and are on the verge of introducing it to dentists globally.