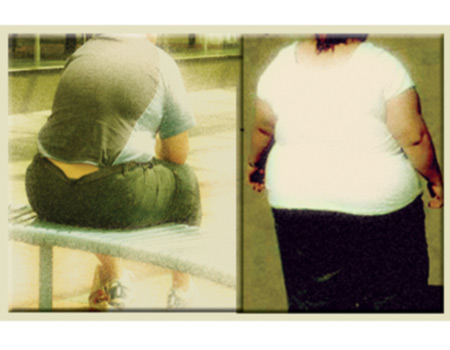 Now the obese will have to be more aware about themselves as a recent study shows that obese people who lead an unhealthy lifestyle are likely to suffer from various urinary problems. The study published in the May issue of the UK-based urology journal BJU International consists of data gathered from more than 5,000 men.

The health problems which raise the chances of multiple lower urinary tract symptoms are diabetes, high blood pressure and heart disease according to Boston Area Community Health Survey (BACH). There is a greater risk seen in women who have undergone hysterectomies and other gynecological surgeries and with men who have gone through prostate or bladder surgery.

The study was funded by the National Institute of Diabetes, Digestive and Kidney Diseases — part of the USA’s National Institutes of Health and the researchers have surveyed 5,506 residents’ urological symptoms in Boston, Massachusetts. These people were between the age group of 30-70 years from which 42 % were men. And amongst them 34 percent of the people were whites, 32 percent were blacks and 34 percent were Hispanic.

In the personal interview the participants were assessed on traits like weight and waist circumference, education, income and behavioral and psychosocial factors. The researchers revealed the results through statistical analysis wherein the participants with urological symptoms were grouped into different patterns, 4 were found in women and 5 in men. This methodology helped the researchers to trace the relationship between complex urological problems and other health or lifestyle factors.

Dr Raymond C Rosen, Senior Scientist at the New England Research Institutes in Massachusetts said, “The cluster analysis method is highly objective and make no assumptions about which men or women are more likely to suffer from these common conditions.”

“These results will hopefully aid our understanding of why urological problems occur and how we can manage these conditions more effectively”.

The study noted that almost three-fourth of the women who participated in the survey were found to have at least one of the 14 urological symptoms.

Dr Rosen said, “The findings of the BACH survey are very useful for clinicians and health promotion experts as they provide evidence of a wide range of factors that influence lower urinary tract symptoms, such as age, other illnesses, lifestyle, economic status and race.”

“They underline the importance of clinicians carrying out a thorough urological assessment of patients who fall into these high risk groups.”

“And they also provide a useful basis for future research into this highly complex area.”

The BACH survey was conducted by the researchers from the New England Research Institutes and was led by Dr John B McKinlay. In BJU International, the findings have been summarized in two papers i.e. on the male and female studies. It has been written in along with urology experts from Cornell University in New York and the University of Texas and medical researchers from Pfizer Inc.