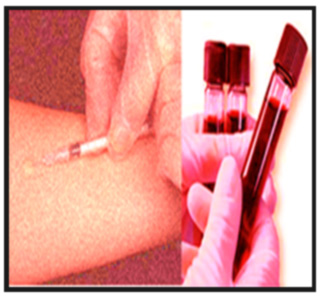 According to a research, women would now have to undergo a simple blood test which would point out the risk of a heart attack. This blood test would be done to find out whether post-menopausal hormone therapies raise the risk of heart attacks. The study is a part of Women’s Health Initiative (WHI), which was funded by National Heart, Lung and Blood Institute of the National Institute of Health. The study was held in 40 centers nationwide containing 271 cases of coronary heart disease which was seen in the first four years of the assessment of estrogen and estrogen plus progestin.

“Because studies on hormone therapy have shown that they may increase heart attacks and strokes, many women have been reluctant to use this treatment,” said Paul F. Bray, M.D., the Thomas Drake Martinez Cardeza Professor of Medicine, Director, Division of Hematology at Jefferson Medical College of Thomas Jefferson University. “However, because hormones remain the most effective remedy for managing post-menopausal symptoms, such as hot flashes and night sweats, many women wanted to take this therapy, but have struggled with the decision because they feared the potential side effects. We found that a simple and widely used blood test may be useful to advise women if they are at an increased risk of a heart attack while undergoing hormone therapy.”

The study aimed at the levels of blood lipids and greater sensitivity in C-reactive protein (hs CRP) in women who didn’t have any past records of cardiovascular diseases. The end results have pointed out that those women who had participated in the study with favorable cholesterol levels didn’t have high risks of developing heart problems while taking estrogen alone or estrogen plus progestin hormones. While women with poor cholesterol levels were at a higher risk of heart problems.

“This report only considered the effects of hormone therapy on coronary disease outcomes,” added Bray.

Bray continued, “Instead of genetic testing or another more complicated test, we wanted to find a simple and effective way to assess the heart risk of hormone therapy. However, it should be noted that the WHI investigators have not found this test helpful in predicting the risk of stroke due to hormone therapy. It should also be noted that hormones affect a number of major organs so patients must consider the totality of health risks and benefits, including coronary heart disease, stroke, venous thrombosis, breast cancer, fractures and gall bladder disease. The findings do not change the current recommendation that hormone therapy should not be used for prevention of coronary heart disease — for prevention, women should focus on preventing and treating known risk factors such as high blood cholesterol and high blood pressure, and on avoiding smoking. Hormones should be used for the shortest time and lowest dose need to obtain symptom relief.”

The findings would be reported in June’s 1st edition of the American Journal of Cardiology by Paul F. Bray, M.D., the Thomas Drake Martinez Cardeza Professor of Medicine, Director, Division of Hematology at Jefferson Medical College of Thomas Jefferson University and his co-authors.