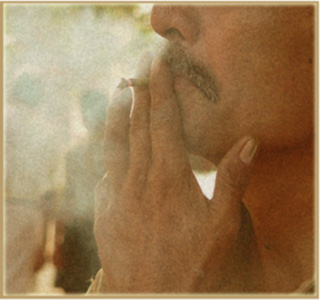 To reduce the intake of smoking beedi, a non-governmental organization wants to levy tax on ‘beedi’ in India. This NGO functions in the area for public health in India and several other developing countries. This noble initiative is being done by an NGO; however it should have rather been done by the government nationwide so that smokers get discouraged and leave the habit of smoking. Considering several health-related issues connected with ‘beedi’ the NGO, Healis-Sekhsaria Institute for Public Health has reported that ‘beedis’ are priced lower than cigarettes and hence people purchase beedis eight times more than cigarettes.

As we had reported in the article “Beedis are killing India”, most of the Indian population is dying of smoking beedi as compared to other issues of inflation and incidences of heart attacks and diabetes, in India. Thus in this study too, it has been reported that ‘beedis’ are killing more Indians as it contains all forms of tobacco which are put together as compared to other nations.

The NGO is trying to urge the government to design certain programs and campaigns so as to spread the awareness about the harmful effects of beedi, as people who smoke beedi have a low purchasing capacity and are mostly illiterate says P. C. Gupta, director research of the NGO.

“There are over 100 million `beedi’ smokers in the country and the poor are most affected. `Beedi’ workers in India are exploited, and they earn as little as Rs.29-64 per 1,000 `beedis’ rolled, sometimes even less. Yet, there is little help that is currently available to them by way of education or assistance – moral, financial, health,” said Gupta.

Special sessions were conducted by the NGO on the issue of ‘beedis’ that was attended by prominent people like Surendra Shastri, professor and head of the department of preventive oncology, Tata Memorial Hospital, S. N. Nayantara from the Centre for Multi-Disciplinary Development Research, Seema Sood from the Salaam Bombay Foundation, and Shoba John, program director for south-east Asia HealthBridge Foundation of Canada.

Seema Sood commented that the government should face this problem in three ways. First is to educate poor people via mass campaigns and eye-catching picture based warnings; second is to raise the tax ratio on ‘beedis’, perhaps taxing it similar to the rate of cigarettes; and finally to promote action to protect and aid ‘beedi’ workers.