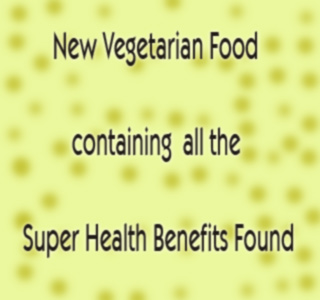 There is good news for people who just eat vegetarian food. A scientist has developed a new vegetarian food named tempe, which could raise the iron level in an individual and also some amount of protein with it.

This doctoral thesis conducted by Charlotte Eklund-Jonsson at the Department of Food Science, states that tempe is in fact a whole-grain product with high folate content.

The whole grains are known to lower the risk of cardiovascular diseases. Whole grains even guard against age-related diabetes and some other forms of cancer. The tempe also contains B vitamin folate which is a natural form of folic acid and is essential for normal fetal development.

“Tempe is designed for vegetarians, but also for people who want to eat less meat for environmental reasons, for example,” says Charlotte Eklund-Jonsson. “We also had the environment in mind when we chose to base it on barley and oats, which are suitable to cultivate in Sweden and therefore do not require long transports.”

The processing of tempe is done through fermentation with the help of micro fungus Rhizopus oligosporus. This kind of tempe fermentation comes from Indonesia. Soybeans are used in the uncooked form.

Different ways were developed by Charlotte Eklund-Jonsson to retain the high fiber content of the cereal grains and similarly boosts their content with the intake of iron in an easy manner. Eklund-Jonsson says that these two considerations perform against each other.

According to the research findings, the uptake of iron increases twice the amount of iron after a meal of barley tempe than with unfermented barley. But some other studies show that both oat and barley produced low blood sugar responses and insulin responses and is a distinctive type of whole-grain product.

The thesis is titled as “Nutritional properties of tempe fermented whole-grain barley and oats. Influence of processing conditions on the retention and availability of iron, starch and folates” would be publicly defended on June 5 at 10:00 a.m. in Hall KB, kemigården 4, Chalmers University of Technology, Göteborg, Sweden.