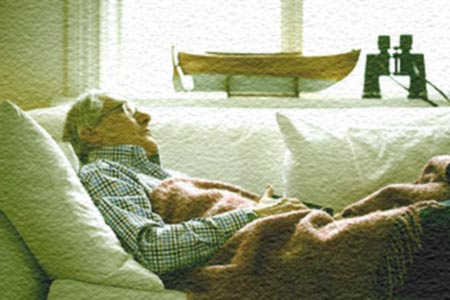 Sleep seems to rule the Health zone and every health column seems to be shouting out the importance of sleep, now here’s one more Research that speaks on the importance of sleep. According to a recent research by University of Minnesota, disturbed or disrupted rest and activity rhythms are linked with higher mortality rates which are mostly evident in older men.

The research examined a group of almost 3,000 men older then 67 years. They were also tested for test and activity biological rhythms through a wrist device known as actigraph. The device followed the participants’ movement wherein the record of rest and activity were known along with the robustness of the activity for 24 hours a day for a period of almost a week between Dec 2003 and March 2005.

The recent figures of January 2008 shows that there were 180 deaths in the group and in men who did greater activities were prone to higher risk of death.

“It’s important to have a regular routine of waking and going to sleep,” said Misti Paudel, M.P.H., principal investigator of the study and a member of the School of Public Health. “Waking early, staying up late, and severely disturbed sleep patterns may have a detrimental impact on health in older men, especially since this group was generally in good health. A good night sleep is important.”

The firm connection between disturbed rest and activity rhythms and mortality rates in older men is being reported for the first time through this study.

Paudel will be presenting the details from the study during the Associated Professional Sleep Societies Conference today in Baltimore, MD.

Some of the side-effects of lack of sleep in older adults are depression, memory problems and low attentiveness and can even lead to major health hazards like increased risk of obesity, cardiovascular disease and diabetes, says Paudel.

“From a sleep standpoint, getting a good night’s sleep appears to be important factor for health and longevity for people of all ages, and especially for older adults – where complaints of insomnia and other sleep disturbances are much more common than in younger cohorts,” she said. “It is important that anyone who has concerns about their sleep quality should consult their physician.”

Further research should try to find the link with precise reasons of death and with health relating benefits according to Paudel. The study has been granted by the National Institute on Aging.