Malaria, AIDS and cancer does remain threatening diseases of the millennium. However, what seems to be the most common cause of death in most parts of the world is heart disease. So to keep oneself away from becoming yet another number in the statistics of death due to heart disease, the best time to start keeping fit is childhood. 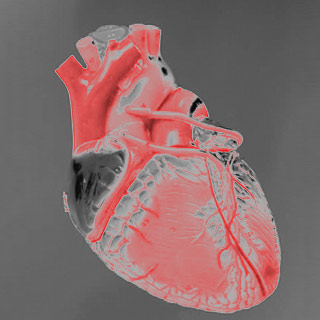 A review article published in the journal Circulation from American Heart Association by retired lipid researcher Daniel Steinberg, M.D., Ph.D. and colleagues Christopher Glass, M.D., Ph.D. and Joseph Witztum, M.D., calls in for an earlier approach towards healthy heart to prevent heart disease later in life. “…Our long-term goal should be to alter our lifestyle accordingly, beginning in infancy or early childhood” and that “…instituting a low-saturated fat, low-cholesterol diet in infancy (7 months) is perfectly safe, without adverse effects…,” the authors suggest.

“Our review of the literature convinces us that more aggressive and earlier intervention will probably prevent considerably more than 30% of coronary heart disease,” said Steinberg. “Studies show that fatty streak lesions in the arteries that are a precursor to atherosclerosis and heart disease begin in childhood, and advanced lesions are not uncommon by age 30. Why not nip things in the bud?” He also stresses that early signs of heart disease should be taken as seriously as the early signs of cancer and diabetes.

Since the procedure of prescribing cholesterol lowering methods for children and young adults is not common amongst the physicians, the scientists suggest that it should soon become the a routine. The reason behind this is there are various studies that have shown reduced chances of heart disease in Japanese men due to their low-cholesterol diet since infancy.

Apparently, Japanese men show just 10 percent of risk of acquiring cardio-vascular related death predicted in US men, even when both the groups show same risk factors like cigarette smoking and diabetes. Recently too there were reports of how the traditional Japanese diet of sea-food containing valuable Omega 3 fatty acid kept the cardiovascular disease away from Japanese men.

The advice from the researchers at the UC San Diego comes from a successful study they carried out on children, where a programme to lower their cholesterol was conducted. The researchers suggest a “therapeutic lifestyle changes”, protesting against any drug therapy thereby stressing on the need for healthy diet and exercise. This will have a long-term effect on the health of heart, pushing away the coronary heart diseases.