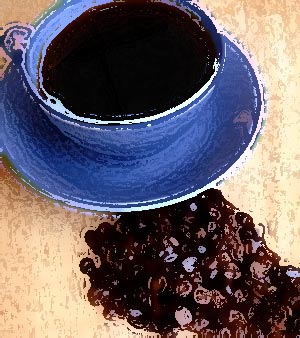 Caffeine helped us remain active the whole day. It also helps us take over diseases and conditions like multiple-sclerosis sounds pretty interesting!

Researchers at the Oklahoma Medical research foundation, Cornell University and Finland University of Turku, have together discovered some more good effects of coffee on human health. However, the research was conducted on mice.

The scientists conducted their research on mice that were immunized to develop multiple-sclerosis (MS), condition that is characterised by the weakness of the central nervous system causing numbness and poor muscle coordination like that of vision, speech and bladder control.

Linda Thompson, Ph.D from Oklahoma found that the mice afflicted with the condition were protected from the disease when they drank around six to eight cups of coffee. This finding can bring in new treatments for MS according to the scientist.

Apparently, caffeine is responsible for blocking the adenosine from adhere to adenosine receptors in mice. This stopped the specific white blood cells known as T-cells from reaching the central nervous system (CNS). T-cells when reach the CNS, they cause series of episodes that cause the experimental autoimmune encephalomyelitis (EAE), the MS like condition in animals.
Adenosine is one of the four building blocks in DNA and is very important for energy transfer, control arousal and sleep and other biochemical processes.

“This is an exciting and unexpected finding, and I think it could be important for the study of MS and other diseases,” said Thompson, who holds the Putnam City Schools Distinguished Chair in Cancer Research at OMRF.

According to her, these findings can also be very helpful in problems where the human body’s immune system misfires and attacks itself, for example – lupus, rheumatoid arthritis and other autoimmune diseases.

However, as Thompson notes, more research needs to be done as “A mouse is not a human being, so we can’t be sure caffeine will have the same effect on people prone to develop MS without much more testing.”

“If you found a correlation between caffeine intake and reduced MS symptoms that would point to further studies in humans” said Thompson. This implies that studying the people with MS and the effects of coffee in them would be the very important and a primary step in further understanding the role of caffeine for treatment of diseases.