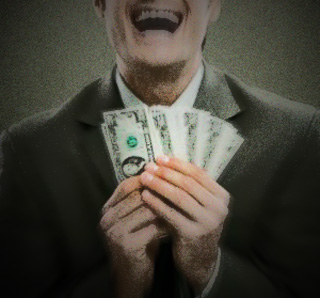 Money is important as a reward, for survival and for material objects. According to a study, money also makes us hardworking. On the other hand, it also made us insensitive towards others.

Psychologists Kathleen D. Vohs of the University of Minnesota, Nicole L. Mead of Florida State University and Miranda R. Goode of the University of British Columbia conducted a study of participants who were experimented upon to determine the effect of money on their behaviour. The study was completely aimed at determining money’s role in one’s life via its psychological influence.

The researchers conducted four experiments where the participants were reminded about money. The first one was where participants were made to play Monopoly and were given 4,000 to 200 dollars worth of play money, before they switched to other task.

The final experiment was when the participants were shown computer screen savers of either cash or neutral items.

It was inferred that the participants who were given money or exposed or reminded about it any way preferred sitting aloof and working alone and improving their performances than helping the others who were in need of money. They also asked for help less frequently and performed less interpersonal skills but increased personal performance.

The results, recently published in Current Directions in Psychological Science, a journal of the Association for Psychological Science, show remarkably clear conclusions. In each of the conditions, all participants who were reminded of money demonstrated behaviors consistent with decreased interpersonal skills and increased personal performance with a desire to take on challenges.

“We encourage scientists to turn their attention toward the cognitive, motivational and behavioral consequences of money because the centrality of money in people’s lives shows no sign of waning,” conclude researchers.