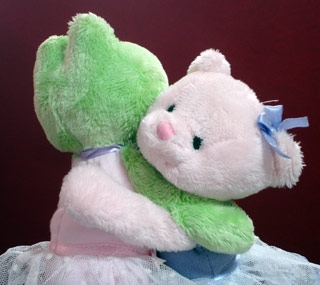 Don’t we love being molly-cuddled or simply being patted on the back? We all know the wonders of a tight hug or a subtle stroke for our emotional well being. Now there’s scientific proof to back how a healing touch actually acts as a painkiller. A group of Swedish researchers have found that a hug or rather a soothing touch can work magic as it helps relieve pain.

The research conducted at the Liverpool University reveals that the sensation of pain from other nerves is reduced by gentle stroking as it activates pleasure nerves beneath the skin. So incase you are under the weather, welcome a big hug as it could be much better than medicine and will surely make you feel better.

Professor Francis McGlone, remarked, “If you get a piece of grit in your eye, have a toothache, or bite your tongue, it hurts so much because there are more C fibres there. The research we have been doing is building evidence for another role of C fibres in the skin that are not pain receptors, but are pleasure receptors.”

Nerves are supposedly a part of C-fibres of the nervous system. These are known to produce the sensation of pain. However a lesser known fact is that a part of these C-fibres also appears to stimulate pleasure.

He also mentioned, “There is another sensory nerve fibre system in human skin that appears to code for the pleasant and affiliate aspects of touch we are all familiar with, such as when grooming or being cuddled.”

The team of researchers examined people who were exposed to painful temperatures on the surface of their skin. They discovered that the individuals felt less pain if they were stroked at the same time. The researchers assert that signals from the nerves that detect pain are dampened by the detection of a pleasurable stroke by nerves in the brain.

According to researchers, a soothing touch is really important for developing children. Apparently inadequate physical contact while growing up could involve a risk of depression in later stages of life.

In case you are confused about an effective way to stroke someone, the research has more to it. McGlone believes that he has calculated an optimum way to touch someone in order to induce most pleasure. He reveals that the key was to stroke with a slow speed and little pressure.

So now you know that a subtle stroke, a gentle pat on the back or a tight hug is more than signs of appreciation. Happy Touching!

The research was presented at the British Association for the Advancement of Science.