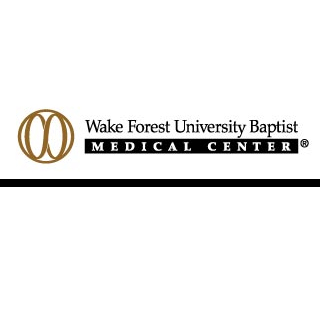 Glioblastoma multiforme (GBM) cells are known to be one of the most dangerous human malignancies. Lack of appropriate knowledge about the ailment seemingly makes it very difficult to treat. Experts from the Wake Forest University Baptist Medical Center have apparently shared the way to target and destroy these aggressive brain cancer cells without harming healthy cells.

Generally surgery, radiation and chemotherapy appear to be very toxic and invasive. In the current research, investigators aimed to lay hands on a comparatively less toxic and invasive form of molecular target for treating such tumors. Around 20 years ago, scientists had supposedly developed a ‘designer protein’ which was known to be a single-chain protein. This protein is believed to find and make its way into specific cells, like cancer cells.

Waldemar Debinski, M.D., Ph.D., director of the Brain Tumor Center of Excellence at Wake Forest Baptist alleged, “Treatment of patients with Glioblastoma multiforme is still a major challenge, as GBM is extremely difficult to manage. Over the last 30 to 40 years, with all the cancer research efforts out there, we have only been able to extend the survival rate in these patients by about one month per decade of research. People who have this kind of cancer survive for an average of 14.5 months after diagnosis, although some with this form of cancer can live longer than that average. I don’t think anyone would label this satisfactory progress.”

The researchers supposedly identified a way to program that protein. As the protein enters the targeted cell it may detect and gather at a particular subcellular compartment. This compartment can be the nucleus that is assumed to accomodate a cell’s DNA. The protein was also ascertained to compile at the mitochondria, believed to be the ‘powerhouse’ of a cell. It was affirmed that this accumulation is completed without harming normal neighboring tissue.

Debinski shared, “It’s possible that we could design the protein in such a way that it recognizes GBM cells and then delivers a drug or some other therapy into those cells in a way that will put those active agents inside a specific subcellular compartment like the nucleus, destroying only that specific cell. Some radiation, if applied to the body, will do nothing to the cancer cells because it can’t penetrate far enough into the body to reach its specific site of action in the cells. However, if we deliver that same radiation specifically to the nuclei of GBM cells, it can destroy the DNA of the cancer cell, leaving the cell unable to live any longer. It dies and the neighboring healthy cells go untouched. In this way, we think we may be able to provide a therapy that is both effective and at the same time less toxic.”

The scientists were possibly able to program the designer protein accurately by making it capable of targeting a certain cell type. The protein is also programmed in such a way that on entering the cell it can be led directly to a selected compartment. Further efforts are being made for identifying a medication that can be attached to the designer protein and delivered directly to the cell’s nucleus.

Claimed to be a novel discovery, the experts revealed the way a single-chain protein can identify GBM cancer cells. Also the journey of this protein from attaching to the cells’ surface to reaching the cells’ nuclei is seemingly explained. It was suggested that before employing this protein to human patients, it should be tested on animal models.

The research is published in the journal Genes and Cancer.