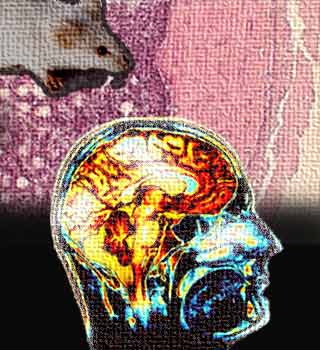 Stem cells have the ability to morph into virtually any kind of cells. This ability of stem cells has been the focus of most stem cell therapies until now. A latest research however reveals that bone marrow cells could actually help alleviate the stroke symptoms. The stem cells were found to ease stroke-like brain damage in mice.

A recent study on mice showed that when human stem cells obtained from the bone marrow were directly injected into the brain, it could lessen the damage caused by a stroke particularly when the brain is starved of blood by a blockage or due to bleeding.

Conducted by Prof Darwin Prockop of the Center for Gene Therapy, Tulane University, New Orleans, and colleagues, the new study discovered that stem cells had an anti inflammatory effect that might someday help humans recover from similar events.

Prof Prockop, mentioned, “Our paper provides for the first time a molecular explanation of how adult stem/progenitor cells can ameliorate ischaemic (reduced blood flow) damage to the brain.”

While revealing that the team is building a facility of sufficient standard to produce the stem cells for use in patients, he further remarked, “We are planning clinical trials of the cells we used in patients with stroke. In the meantime we are planning further experiments in mice and a larger animal, probably pigs, on efficacy and toxicity.”

As part of the research, the scientists investigated how the use of genes in the brain changed in mice when they were briefly deprived of blood flow to the brain. The group discovered that at higher levels after the flow was halted nearly 586 genes were used. In contrast 10% fewer genes were activated if stem cells were injected into the brain. There was a 60% lowered mortality rate for mice that were injected with the stem cells compared to their non-injected counterparts. The researchers suggest that these injected stem cells may have a healing effect by triggering the production of biochemicals that reduce inflammation.

In addition these cells were found to protect the existing brain cells. This shows that the genes are likely to be involved in inflammatory and immune responses. Unlike what was previously assumed, the cells do not trigger the development of new brain cells. On the contrary, they essentially turn down inflammation and immune system reactions that are harmful to the brain by switching on and off certain genes.

Though these results were initially seen in mice, researchers are hopeful that human stem cells derived from bone marrow can cut the brain damage caused by an interruption in blood supply, like after a heart attack. The team has already started preparing a facility to isolate cells in the marrow for use to treat patients. The first trials are expected in around one year.

The third most common cause of death, nearly 150,000 people in the UK have a stroke. Those affected mostly include people over 65.

The Proceedings of the National Academy of Sciences has reported these findings.