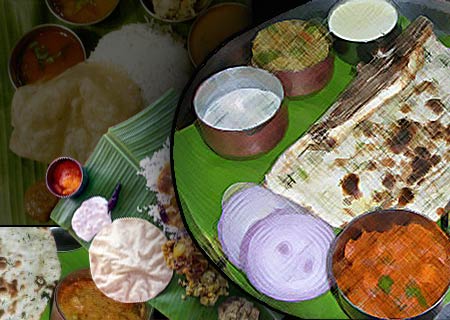 For most of us food is meant to be only satisfying hunger and nourishing the body. However, as per vedic scriptures, what we eat and drink significantly, though subliminally, affect our subtle and astral bodies as well. For instance, the chhandogya Upanishad says – Aharasuddhau sattvasuddhih sattvasuddhau dhruva smraith, smratilambhe sarvagranthinam vipramoksah. Meaning: purity of food helps in purifying the inner self. Purification of the inner self and hence of the mind and intellect, accelerates elimination of illusions and ignorance.

This in turn, paves the way for salvation of the soul. The sages of the vedic times, the rishis, had researched and categorized the gross and subtle qualities and effects of food in three categories-satvika, rajsika and tamsika. They had also mentioned that those who want purity, piety and sagacity of thoughts, feelings and emotions along with the vibrant health of the body, should avoid tamasika and rajsika food and take only satvika food.

Apart from recommending suitable food choices for different seasons for persons of different age groups, the ayurvedic scriptures also focus at the intrinsic properties of food, which affect the subtle (mental) body. The food which is worth taking in terms of its physical and subtle qualities, if taken at right timings in correct mode of eating, is described here as nectar. On the contrary, the wrong eating habits or method of preparation could make the food unsuitable or even toxic to one’s health. It is therefore equally important to know not only what to eat but also when and how to eat it.

It means – having food should be treated like a yajna in which holy sacrifices are made in the sacred fire of prana (vital, spiritual energy). Such a food becomes a source of elimination of all sickness and weakness of the body and mind.

Which means a person of satvika nature likes to eat foods that prolong life, purify ones inner being, give strength, health, happiness and satisfaction. Such foods are juicy, fatty, wholesome and pleasing to the heart.

The Bhagvad Gita further mentions about the foods liked by person of rajasika and tamsika natures.

This means foods that are bitter, too sour, salty, hot, pungent, dry and burning are dear to a person of rajasik nature. Such foods cause distress, misery and disease.

Which means stale tasteless decomposed, putrid and leftover foods are dear to a person of tamsik nature.

In the bhagvad gita the divine teacher says:

Their broad differences are as follows:

Pure, health-giving, juicy (watery), smooth (easy to digest like boiled vegetables), fresh and naturally soothing eatables that enhance life, vigor, mental strength and sharpen the intellect are liked and used as food by the people having satvika tendency.

Sour, salty, bitter, hot, spicy, fried and dry kinds of foods stuffs which are of highly stimulating taste, but are usually difficult to digest and cause burning sensation in the stomach are mostly liked by the people of rajasika tendency.

Those having tamasika tendency generally like half cooked, raw and pungent, stale, foul smelling, juice less food stuffs, they don’t even care for the cleanliness and purity of food.

All, who care for physical, mental and spiritual health, should remember the above guidelines of the bhagvad gita. We should modify our eating habits accordingly. The shastric saying annau vai manah affirms that what we eat (and drink) also contributes to the making of the tendencies of our minds. Similar views are expressed in the scriptures dealing with spiritual sadhanas. That is why Ayurveda lays so much emphasis on purity and subtle properties of foodstuffs and cautions us about what to eat and what not to eat.

Our mental and emotional state while eating, the feeling with which we take our food, all have subliminal but intense impact upon our subtle and astral bodies. Our rishis had therefore taught that food should be treated as sacred as the naivaidya (it is consecrated food offered to god). They had also founded the tradition of sitting with clean body and calm mind and chanting specific mantras before having meals. These mantras included the great Gayatri mantra and the prayer mantras like sahanavavatu, sahanau bhunaktu, saha viryam karavavahai, tejaswinam adhitamastu, mam kashit dukhmapnavet, and many other chants.

The intrinsic sentiment associated with each of these prayers is that what we are eating should nourish and purify us from inside and out. We should eat with the notion that the food is not being eaten for this visible physical self, rather we are sacrificing it to the omnipresent brahma, such sentiments emanating from within us sanctify out food and make it like a naivaidya, every morsel of which purifies our gross as well the inner body.

As we had discussed earlier, food should be pure and austere and earned and prepared by righteous methods. If we search for pure, austere and nourishing food, which enhances the vitality and physical strength and also sharpens the intellectual potential and mental concentration, the best choice would be that of the vegetarian food recommended as pathya under Ayurveda. Cereals, pulses, fruits, and milk prepared without destroying their natural qualities are most suitable. Here destroying means, without excessive boiling, overcooking, frying or adding many spices.

One should not eat out of greed of tongue or in forgetfulness. Be aware of what you should eat and eat everything carefully, because what you eat makes your gross body. Before consuming it you should test and make sure that food is of satvik quality and will give you righteous nourishment to your mental tendencies.

Referring to similar aspects, pertaining to subtle effects of food, that MANU SAMHITA highlights that purified and consecrated food provides energy and power where as impure unconsecrated food causes adverse effects. Here by consecrated is meant sanctified by offering to the deity and eaten gracefully with corresponding feeling it is found to have healthful, ennobling effects on he gross and the subtle bodies.

Food has three parts. Whatever is eaten has three simultaneous effects accordingly. The gross part is what is not consumed by the body (by metabolism) and is excreted, the subtler part, referred as rasa in Ayurveda is used in making the elements (flesh, bone etc) of the gross body. The subtlest, invisible part contributes to nourishing the mind.

The above mentioned subtler properties and effects of the food we eat are most sensitive to the sentiments with which the food is prepared and eaten. If we pay attention to this fact and adopt the disciplines laid down by the rishis and the ancient experts of Ayurveda, the food we eat could provide enormous benefits to our physical, mental and spiritual health.

More and more people are being attracted now-a-days towards the so called fast foods, eating anything preferred as tasty food outside in the gardens or roadside stalls, restaurants, hotels, etc. they are driven by the greed of the tongue and suffer from variety of health hazards as a consequence. It has therefore become extremely important that we understand and care for the role of food in our life from all angles. The scenario of physical and psychological health would improve, and more importantly, the rising trend of mental vices would be checked, if people realized the significance of the perceivable and subtle properties of food and adopt the disciplines of eating pure, properly cleaned and cooked, naturally healthy food with the feeling of consecration and sanctification.

All diseases and sorrows escape from the life of the one who observes self continence, who eats only minimal necessary quality of food after offering it to his dependents, who works hard during the day for good purposes and sleeps in night only for the duration essential for healthy relaxation of the body and who is generous to even those not friendly to him or not known to him.

This shloka conveys that it is only sufficient to just eat. We should be attentive to proper quality and quantity and eat after sharing the food with the needy around us rather than just grabbing and gobbling, we should also practice appropriate physical exercise and adopt disciplined work habit and self restraint over sense organs take sufficient sleep but avoid lethargy and dullness. Being humble and kind even to those who may not be favorably disposed towards us is also important for our health (especially of the subtle body).

Our hunger often increases or is suppressed depending upon what type of food is kept before us, at times, our mood also varies accordingly after seeing the food in front of us and thus effect our health. Analogous effects are induced in the reverse direction as well- the quality of food change according to the state of mind, the level of our thoughts and feelings while eating. The same food would have healthier effects if eaten in a happy mood, whereas mental excitement, disturbances, the food eaten in a state of anger or tension is not digested properly and cause acidity, constipation, etc.

The negative effects of mental state upon food are equally significant for our spiritual health. An ayurvedic scripture bhava prakasha warns in this regard – if there is any sentiment of jealousy, fear, anger, greed, lust, gloom, sorrow, hatred, etc or there is an attack of some disease while eating, then the food consumed cannot be digested and will be hazardous to health.

In short it is repeatedly warned that the sickness of mind or having a negative emotional state while eating is as pernicious as eating in a state of physical ailment. In fact it is more damaging as it not only causes immediate untoward effects on physical health but if it occurs frequently, it eventually becomes a cause of chronic diseases and psychosomatic disorders as well. The practice of chanting mantras before having food eliminates such risk and increases the chance of positive, healthy effects in two ways. Contemplation over the meaning of the mantras and the associated feelings calm down and purify our mind. The vibrations of mantra induce soothing effects on the endocrine glands and also generate sublime currents of healthy spiritual impact. The latter kinds of benefits are achieved only after the practice of physical and mental purification and chanting the mantras before eating becomes a regular habit, observed sincerely with due mental and emotional engrossment.