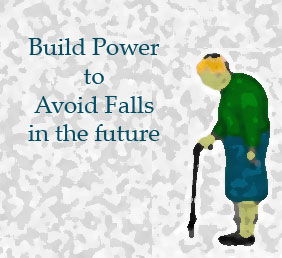 A new study from the University of New Hampshire says that elderly women can increase their muscle strength as much as young women can. Thus proving that decline in muscle function is mainly due to the decline in physical activity, rather than aging. Medicine & Science in Sports & Exercise journal carries the study which was conducted on inactive elder women and inactive young women. Both these groups were trained in an eight-week training regime. They underwent resistance training on a machine that mainly targeted knee extensor muscles. The strengthening of these muscles is very essential for independent walking, stair-climbing, or even rising from a chair.

Both the groups yielded same results. Their percentage of increased strength was same; however elder women’s increased power percentage was lesser than the younger women.

“Power is more important than strength for recovery from loss of balance or walking ability,” says Dain La Roche, assistant professor of exercise science at UNH and the lead author of the study. Studies show that exercises help elderly women gain muscle strength, but not the power required to prevent falls.

The main reason behind this study was La Roche’s grandmother. La Roche helped his parents and sister care for his fully dependent and inactive grandmother. She had suffered from severe osteoporosis, broken both hips and also lost six inches of height. This was the driving force behind La Roche’s research. Almost 40% of 65+ people form the majority of emergency room visits. Due to falls, the elderly suffer injuries that reduce their agility, independence and also over all health.

The researchers compared the strength of the young and old subjects prior to the start of the experiment. The basic training included resistance training. This particular training regime that strengthened the knee muscles was introduced, which would help the subjects live independently on their own. After the training, the older people not only matched the same increased strength percentage as the young women. In fact the strength of these trained old women matched the strength of inactive young women. However over a long period of time, the old people’s capacity to increase their strength was lower as compared to the young women. The reason behind this being, the inability of senior’s to boost their power. Due to age and inactivity, the fast twitch types of muscle fibres weaken. Of this La Roche says, “It’s somewhat troublesome that these older individuals had a reduced capacity to increase performance that’s so closely associated with falls”. He further says having more powerful upper- and lower-body muscles could prevent serious falls in older people. He recommends people to build muscle power over the life span rather than later in life, to prevent falls.

According to the researchers resistance training did not change muscle twitch measurements for knee extensors. It’s assumed that different training regimes undertaken by other researchers, aimed at improving muscle power like low intensity hops or the rapid weight lifting, would benefit older women.

Green Tea may protect Bladder from getting Inflammed