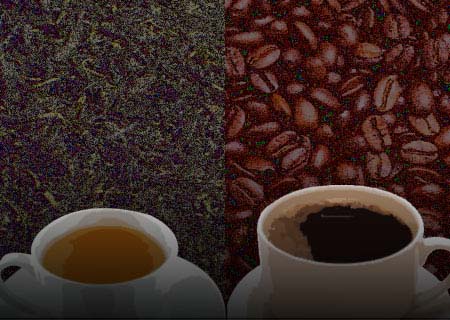 If black tea has been cited to lower blood pressure, then coffee consumption had been linked to better hepatitis C response. With the coffee-tea war refusing to die down, the basic ingredient coming into play in both cases is caffeine. A report by scientists at the National Institutes of Health (NIH) and others has put forth that women who consumed 2 cups of coffee each day seemingly had increased proportions of estrogen in their bodies, relative to women who drank less coffee.

In this study, caffeine content from caffeinated soda, coffee, green tea and black tea was taken into account. The trial constituted nearly 250 women in the age-group 18 to 44 and was conducted from 2005 to 2007. These women drank 1.5 to 2 cups of coffee per day, and reported their menstrual cycles 1 to 3 times a week. Their routines with respect to exercise, diet and lifestyle were noted down in the period.

“The results indicate that caffeine consumption among women of child-bearing age influences estrogen levels. Short term, these variations in estrogen levels among different groups do not appear to have any pronounced effects,” commented Enrique Schisterman, Ph.D., of the Division of Epidemiology, Statistics and Prevention Research at the Eunice Kennedy Shriver National Institute of Child Health and Human Development (NICHD), the NIH institute.

While white women consuming about 200 milligrams or more caffeine everyday appeared to possess lower levels of estrogen, black women who drank the same amounts of coffee apparently manifested elevated proportions of estrogen. Also, caffeine from green tea or soda was seemingly associated with greater estrogen levels in women from Asia and those coming from black and white backgrounds, respectively.

Notably, the alterations in estrogen levels did not appear to influence the ovulation of the participants. This analysis is published in the American Journal of Clinical Nutrition.