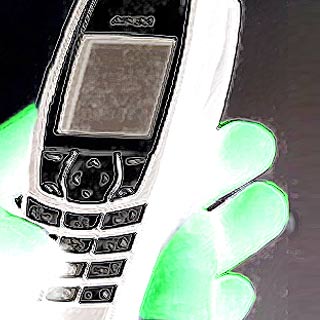 A new study conducted by the University of North Carolina at Chapel Hill reveals that text messaging can help children reduce any chances of obesity in their adult life. This technology encourages them to monitor their eating habits and life style on their own.

It is believed that the previous technique of maintaining paper diaries although very effective for adult’s, is tough to maintain for children. In order to monitor oneself, people note down their weight, along with the number of calorie intake and the number of calorie burned among other things. The researchers of this study believe that the act of self-monitoring can be successful if the children can text message their calorie intake, etc. via cell phones, and also receive a feedback message in reply to their sent message.

Jennifer R. Shapiro, Ph.D., principal investigator of this study and the assistant professor of psychiatry in the UNC School of Medicine, says, “Self-monitoring of calorie intake and expenditure and of body weight is extremely important for the long-term success of weight loss and weight control. Unfortunately, both children and adults who are trying to lose weight often do not adhere to self-monitoring. They tend to be good about self-monitoring at the start of a weight-loss effort, but then their adherence drops off over time.”

About this new self-monitoring technique, Shapiro says, “Cell phone text messaging is something that’s very familiar to most children now, since they’ve grown up with it. By using this technology, we were hoping to make self-monitoring seem more like fun to them and less like work.”

The researchers experimented on around fifty-eight children and parents. This research was conducted at the UNC hospitals. The studied families were given one education session every week for three weeks. The aim of this was to urge the families to add more physical activity in their day-to-day routine, keep “screen-time” or TV watching time in check, and reduce the intake of artificially sweetened beverages. The children were given pedometers to measure the number of steps taken each day, the amount of screen time used, as well as the number of artificially sweetened beverages consumed. These families had to report their self-monitoring results everyday. They were divided into three groups: ones that reported via cell phone text messaging, others that wrote in a paper diary and lastly the group which had no-monitoring. The first two monitoring groups had to answer three questions everyday, namely; the number on the pedometer each day, the number of artificially sweetened beverages had for the day, and lastly the minutes of screen time used for the day.

Each of the families was given a cell phone to report their progress everyday. This phone was to be used only for this study. Everyday two messages were to be sent to the team; one from the parent and one from the child reporting their progress. After each sent message, an automated reply message was sent to the families, to encourage and appreciate their effort in self-monitoring.

This proves that by using a new innovative and a fun-filled technique children can keep a check on their health and thus even maybe reduce their chances growing into an obese adult.