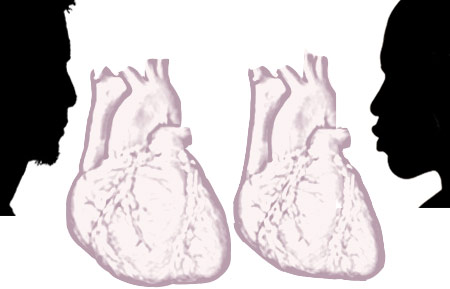 According to a recent study presented at the American Heart Association, same sex heart transplants have a higher success rate. This study was lead by Dr. Eric Weiss, a cardiac surgery researcher at Johns Hopkins University, Baltimore.

The report was based on the data accumulated from the case files of around more than 18,000 patients. This revealed that same heart transplants had a greater success rate. In other words if a man’s heart goes to a female recipient, she may have a lesser chance of survival as compared to a female donor’s heart.

Prior to Dr. Weiss’s report, another study had been conducted on this particular topic. This study had taken place nearly more than a decade back, where only about 36 patients were studied. Dr. Hector Ventura, the section head of heart failure and transplantation at Ochsner Medical Center, had led this particular project. Dr. Ventura says, although Dr. Weiss and his colleagues could not give concrete proof as to why gender played an important role in successful heart transplantation, the enormous amount of information accumulated from case file histories of heart transplant patients grasped everyone’s attention.

Dr. Weiss says, “The power of this study is in the number, not in the specifics.” Statistical adjustments for many factors were made while collecting data, like the patients age, size, pre-operation time in the ICU or on a ventilator, etc. among other things. The main factor which influenced the survival of the patient was the size of the heart. A large male heart will be very overpowering for a female recipient and similarly a female heart will be too pressurized to pump enough blood throughout the male recipient’s body. However some doctors feel that the differences in the immune system or hormones of both the sexes may also contribute to this factor.

Dr. Weiss says that, although it is crucial to keep the advantages of same sex heart transplants into mind, seriously ill patients should not reject an organ from a donor of the opposite sex. There are very few donor organs available, and hence a patient should accept the organ provided without getting influenced by the donor’s sex. He says, “You can’t afford to be finicky. If you’re lucky enough to receive an organ when you need it, you should take it. You’re much better off with a transplant rather than going on with end-stage heart failure.”

To reduce the chances of a mismatch as much as possible, Weiss and his colleagues are working on a method which can be utilized, to finalize the best recipient, whenever an organ becomes available. It is said that similar techniques are in existence for lung transplants.

The findings of this study were presented at the American Heart Association meeting.