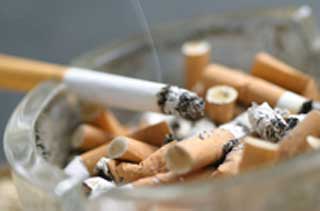 We are familiar with the many effects of exposure to second hand smoke, be it psychological or even ear problems. Considering, that people are usually exposed to second-hand smoke in vehicles, scientists from the British Heart Foundation have disclosed that smoking in cars apparently exposes non-smokers to high levels of smoke.

The team suggested that drivers and passengers in car filled with smoke supposedly absorbed 23 folds more toxins than a bar or any other smoky location. One reason for this, the scientists believed could be the relatively smaller and enclosed construct of vehicles.

Smoking is one is the principal causes of heart and circulatory diseases. Moreover, non-smokers who live with those who smoke are exposed to second hand smoke and thus seemingly stand a elevated risk for cardiovascular disease than those who are not.

Maura Gillespie, our Head of Policy and Advocacy, quoted, “Passengers in smoke filled cars, including children, breathe in more pollutants than anywhere else. “There is already clear evidence that passive smoking increases the risk of a number of serious health problems. Children especially need to be protected from the damaging effects of other people smoking in cars.”

The author urged that government initiatives to reduce exposure to second-hand smoke in cars ought to be undertaken. Especially, kids who travel in cars frequently should be guarded from exposure to smoke due to another person smoking in the car.

The study is published by the British Medical Association (BMA) which is also seeking a ban on smoking in cars.