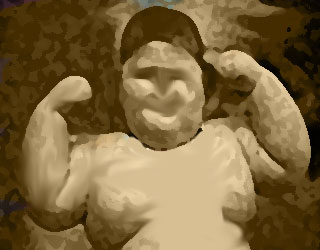 According to Children’s Mercy Hospital study recently presently at the American Heart Association, obese or children who have high cholesterol are very prone to heart diseases. It is stated that the thickness of these children’s artery walls resembles the thickness of an average 45-year old adult’s artery wall.

Dr. Geeta Raghuveer, associate professor of pediatrics at the University of Missouri Kansas City School of Medicine, is the lead author of this study. Around 70 children, aged from 6 to 19, were studied. Ultra sound imaging was used to measure the thickness of the inner walls of their arteries that supply blood to the brain. Increase in carotid artery intima-media thickness (CIMT), shows accumulated fatty deposits in the heart and brain arteries. These deposits are called plaque. They are commonly associated with adults. Plaque in the arteries curbs the flow of blood, which can cause heart related diseases. Some of the obese children also had higher than normal levels of triglycerides in their body.

Besides these selected children there are many more children in the United States who are considered obese. According to the federal statistics more than 16% of children in the United States are considered obese. These children are more vulnerable or prone to the development of cardiovascular diseases later in life. Dr. Stephen Daniels, chief pediatrician at the Children’s Hospital, Denver says, “It kind of hammers home that the risk might be speeded up. It does kind of fit with the concept that kids with high cholesterol and other risk factors probably have premature aging factors.” Dr. Daniels was not a part of this study.

This is not the first study of its kind. Earlier studies have been conducted which have connected the link between childhood obesity and heart diseases. They have shown the risk obese children face. Dr. David Ludwig, the co-author of a previous study stated that, “These findings are potentially consistent with predictions that obesity and its complications would result in cardiovascular disease becoming a pediatric illness. There are other indications that this might be the case, but much of that has been speculative, so this may well be significant hard data, which has been largely lacking. This is actually looking at the development of atherosclerosis, the process that we know will, if it is not dealt with, lead to heart attack or stroke.” Ludwig’s study predicted that obesity in children can reduce their life span by two to five years.

These children’s arteries are said to be showing signs of narrowing and hardening, which is more commonly linked to adults. It is believe that children don’t usually suffer from heart attacks, but it is a sure indicator of heart related diseases.

Dr. Raghuveer says, “A lot of these kids’ arteries, even though they are in the early stages of atherosclerosis, are not hardened or calcified, not really advanced. There may be an opportunity to implement lifestyle alterations, be it exercise, be it diet, or perhaps even medication. Perhaps it may be reversed.” She believes that there is still some hope to relieve obese children of the health risk they are facing.

Doctors recommend a change in diet and an increase in exercise can slow or maybe even completely prevent any further damage in these children.