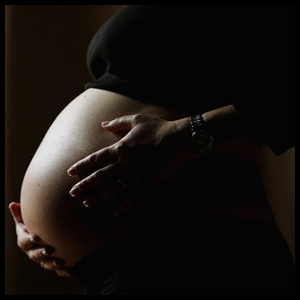 A study published in the Archives of Psychiatry revealed that babies whose mother’s have suffered severe stress during pregnancy are at a greater risk of developing schizophrenia.

The researchers found a link between serious life changes taking place in the first trimester of pregnancy and the development of mental health disorders among the offsprings later in their lives.

The researchers said the mental turmoil experienced perhaps due to the death or development of a serious illness like cancer or heart attack in older children, partners, parents, sibling and close friends were termed as severe stress. The study show that pregnant women who suffered such major stress had children with a 67 per cent increased risk of schizophrenia.

Professor Philip Baker, of Tommy’s, the baby charity which funded the study, said: “Increasingly we are learning that the environment a baby is exposed to inside the womb is determining long-term health. This study shows that stress in the early stages increases the risk of a baby getting mental health problems.”

He added that “The first three months of pregnancy, which some people don’t pay enough attention to, is the most important determinant of how successful a pregnancy is going to be. These are quite new concepts but they are really changing the way we think about pregnancy and much longer-term effects on a baby’s health.”

However, Professor Baker, an obstetrician at St Mary’s Hospital Manchester, said expectant women should not be anxious about mental illness affecting their children as a result of events over which they had no control. We don’t want to over-worry people because the absolute risks are small,”

Past studies have even linked infections including flus to be related to the development of schizophrenia.

Schizophrenia as a term relates to a mental illness whose symptoms include hallucinations, delusions and quickly changing moods. As of now there is no known cure for the disease but those afflicted can be treated with specialized drugs.