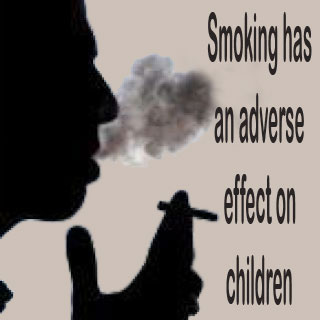 According to a new study, those adolescents are more vulnerable towards smoking, whose parents have started smoking, at an early age. Also if their parents smoking habits reach a higher level and kept on increasing with time.

This study is called the “Multiple Trajectories of Cigarette Smoking and the Intergenerational Transmission of Smoking: A multigenerational, longitudinal study of a Midwestern community sample.” This is a result of the joint effort of the researchers from Indiana University, Arizona State University and the University of North Carolina-Chapel Hill.

The reference for this study was taken from the long running Indiana University Smoking Survey and also from the earlier researches that imply that smoking habits are influenced by both environment and genetics of the person. The IU Smoking Survey is the longest running study of its kind. It is a 28 year longitudinal study of the natural history of cigarette smoking. The researchers had started collecting information on this topic from the year 1980. This information was collected from the middle and high school students in Monroe County, Ind. Till now the participants are being studied and also their children are being kept an eye on, to study the influence parental smoking has on them.

Jon Macy, the project director of the IU Smoking Survey in the Department of Psychological and Brain Sciences, says that, “This particular study focuses more on the genetic influence in the specific case of a parent’s smoking behavior impacting a teenage son or daughter’s smoking. The study findings suggest that the characteristics of early onset and high levels of long-term smoking are great candidates for behavioral and molecular genetic studies of the causes of smoking and how smoking behavior is passed from one generation to the next. Of course, environmental influences on adolescents such as parenting practices, availability of cigarettes in the home, and parents’ attitudes about smoking are equally as important and can be addressed with effective public health interventions including family-based smoking prevention programs.”

Many of the previous researches that concentrated on parents smoking habits gave mixed results about whether parental smoking was the main reason for adolescent smoking habits later in life. The recent study used longitudinal data to unveil more detailed information about parental smoking behaviors like the peak of use, amount of smoking, speed of escalation, and persistence over time.

This study was supported by the National Institute on Drug Abuse. It was published in the Health Psychology issue.