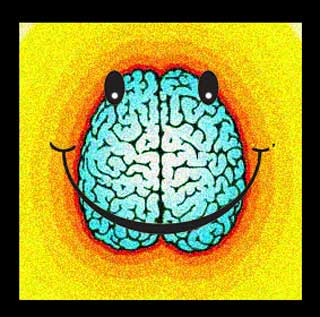 Success stories of cancer survivors always have highlighted positive-thinking and strong will-power as key factors in fighting off the disease. What happens to patients who can’t bear all the stress? Cancer progresses rapidly in such cases and wins over them. To help such individuals researchers at Rutgers have demonstrated in a hypothesis, how the brain can play an effective role in coping up with stress.

Dr. Dipak K. Sarkar and his colleagues hypothesized that the increase in the level of ‘feel-good hormone’ Beta-endorphin-peptide helps individuals take it easy on stress. It has been determined that the BEP producing neurons not only make us feel good but also control tumor growth by influencing ‘stress response and immune functions’.

“Our findings show promise for future therapeutic treatments for bolstering the immune function,” said Sarkar, professor of animal sciences and director of the Endocrinology Program at the Rutgers School of Environmental and Biological Sciences, and principal investigator of the research project.

Low BEP neurons have been determined as a cause behind various diseases like depression and schizophrenia, in the past as well. Obese patients too have been found to have very little BEP neurons. In all the above cases, it has been noted that these patients suffer from higher levels of infections and are at great risk of developing cancer.

Researchers assessed their hypothesis by transplanting the BEP neurons in the brain of live rats that had been administered with carcinogens in order to encourage prostate tumors. After the experiment it was concluded that the BEP neurons improved the immune system by boosting certain immune cell types and their activities thereby decreasing inflammation. Thus researchers could confirm the role of BEP neurons in controlling tumor growth. The BEP neurons that were used during this experiment were produced by transforming neural stem cells by treating them with chemicals.

It was also observed that feel-good-hormone producing neurons helped the rats fight off prostate cancer 90% of the time. The key fighter in cancer happens to be NK ie ‘Natural Killer’ which attacks cancer cells in body. NK is activated when BEP neurons are induced. NK slows down and kills tumor growths by reducing inflammation around cancer cells.

“We are optimistic that this research can be applied to human medicine,” said Sarkar. “Instead of transplanting cells, we will investigate whether we can increase BEP using a chemical approach.”

The study has been published in Proceedings of the National Academy of Science.