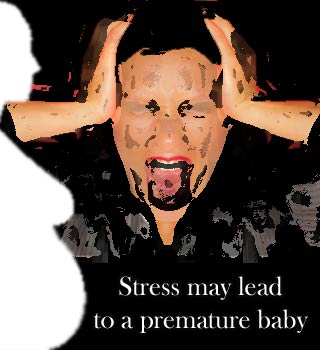 Here’s some piece of news that may particularly interest women on the path to motherhood. According to a new study by researchers at the University of Manchester women who undergo a stressful period even six months before they conceive are more prone to having a premature baby.

The researchers examined nearly 1.35 million women who gave birth over a period of 20 years. Experts associated with the study found that women experiencing severe stress were women 23% more likely to have a premature birth and and 59% increased chances of having a very premature birth. While in the former condition the child is born before 37 weeks, in the latter the child is born before 33 weeks.

lead researcher Professor Philip Baker from Tommy’s, the baby charity mentioned “Until now the majority of research has focused on the impact of stress during pregnancy, yet these results suggest that the impact could be greater in the period preceding conception”, and he added “Premature labour is a huge problem in this country with around 50,000 babies being born prematurely each year in the UK, putting children at risk of long term health problems such as chronic lung disease, learning difficulties and blindness.”

Experts reveal that a woman’s body undergoes chemical changes when subjected to anxiety. This in turn could adversely affect the quality of her eggs. It may also cause levels of various hormones in the womb to increase which could obstruct a baby’s development.

While death or serious illness in the family six months before conception could increase the chances of pre-term birth, women are at increased risk even if they themselves did not suffer the stress. So even if their parents, siblings or partner are stressed out it is a cause for concern.

The study was published in the journal Human Reproduction.