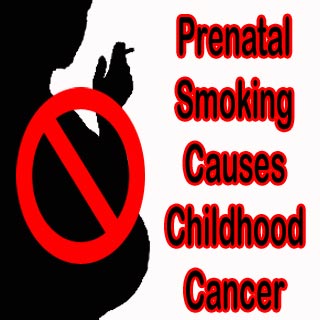 It is a known fact that smoking is a highly fatal and injurious habit that may have adverse effects on one’s health. Smoking during pregnancy is considered even more dangerous, because it not only affects the mother’s health, but also has grave side effects on the unborn infant. A latest research has stated that smoking during pregnancy may trigger the development of childhood cancer.

Smoking during pregnancy can have other grave effects on the child, like premature birth, low birth weight and maybe even the child’s admission to a neonatal intensive care unit. Smoking in general causes stroke, cancer, heart diseases, etc. among others.

This research was conducted by the Cancer Institute New South Wales. Deputy Minister for Health (Cancer), Jodi McKay says that all soon-to-be mothers have to have this crucial knowledge for the well-being of their children. McKay says that, “Through this new research we have credible evidence that these known birth complications associated with smoking during pregnancy could also increase the risk of childhood cancers.”

The New South Wales (NSW) medical records of all births taken place between a particular period of time were examined. The Cancer Institute also evaluated the cancer cases in NSW children in that time span. An astounding discovery was made. There were about 948 cases of childhood cancer from the total number of 1.05 million recorded births.

They state that a more detailed analysis needs to be conducted in order to verify and provide concrete evidence on the connection between childhood cancer and smoking during pregnancy. They warn soon-to-be-mothers to have adequate knowledge about the effects of smoking on their unborn child.

It is said that an astonishing 17 percent of women indulge in prenatal smoking! That is a high number of soon-to-be-mothers who jeopardize the well-being of their unborn child. McKay tells all the soon-to-be-mothers to quit smoking and not be a part of the alarming statistics.