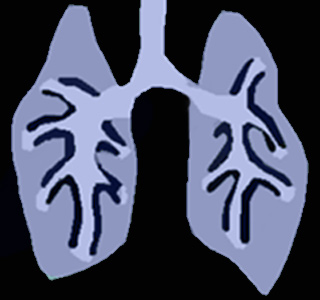 According to a new research, a simple test can help predict which people may have an increased risk of developing lung cancer. It is believed that this spirometry test, which is a simple breathing test, could help in identifying people who may be more prone to developing lung cancer. This research was conducted by the University of Auckland and Auckland City Hospital.

The research found that smokers suffering from chronic obstructive pulmonary disease (COPD) were about six times more likely to develop lung cancer as compared to the smokers not suffering from this disease.

These findings suggest that routine testing for chronic obstructive pulmonary disease could lead to the identification of smokers who may be at an increased risk of acquiring lung cancer. Thus, it would aid in identifying those smokers who may be more likely to benefit from quitting smoking.

Lead researcher, Robert Young, Associate Professor from the University of Auckland, says that, “By identifying smokers with reduced lung function (or COPD), people at greater risk of lung cancer can be identified at a time when quitting smoking can still significantly reduce their risk.”

It is believed that spirometry test should be conducted regularly by general practitioners’ at their clinics itself, to aid in easily identifying smokers with chronic obstructive pulmonary disease. This test is believed to give a couple of reasons to urge smokers to quit smoking. One reason could be their chronic obstructive pulmonary disease diagnosis; whereas the second could be the knowledge of their increased risk of developing lung cancer.

It has further been stated that more than half of all smokers in New Zealand suffer from chronic obstructive pulmonary disease, thus may have an increased risk of lung cancer and may never have undergone a spirometry test. In other words, they may be oblivious to the amount of potential risk that they may face.

Dr. Young says that, “This is not really acceptable, as nearly all patients with lung cancer express feelings of guilt or regret that they smoked and wished they had given up sooner.”

It has been suspected that some people may have a genetic disposition to both, chronic obstructive pulmonary disease and lung cancer. This conclusion may have been reached due to the close link administered between the two diseases in this research as well as the results obtained from the other researches.

Their findings are published online in the European Respiratory Journal.