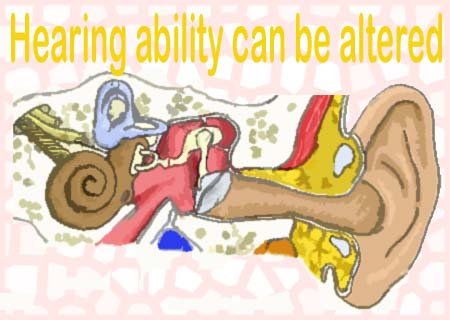 We had written on an article highlighting the harmful effects of excessive earphone usage, a while ago. So if that news must have panicked you, then this news may calm you down a little. A latest study has revealed a key to shield your ears from loud music and high sound decibels.

Dr. Paul Fuchs, professor of otolaryngology-head and neck surgery, Johns Hopkins, says that, “There’s some uncertainty in the field about what this sound-limiting system is used for. Now we’ve definitively shown that this system functions in part to prevent acoustic trauma.”

The investigators conducted a study on mice to test its results. They genetically manipulated the nACHr protein in mice, in order to evaluate their sense of hearing. Fuchs says that, “This point mutation was designed to produce a so-called gain of function in which the inhibitory effect of ACh should be greater than normal.”

The results indicated that the tested mice were incapable of hearing soft noises as compared to the normal mice. This suggests that the manipulation of the nACHr protein does in fact tune down hearing ability.

This revelation was followed by another analysis, in order to determine whether this tuning down could shield the altered mice from sound damage. The investigators exposed these mice to a sound of about 100-decibels. On testing the mice’s hearing ability, they discovered that the altered nACHr mice had suffered a lesser permanent hearing damage as compared to the normal mice.

The study authors state that they believe this study could prove to be very valuable for protection against sound damage. They also state that not much is known about the functionality of the inner ear, thus a lot more research needs to be done in this field. They hope that this study may aid in the development of ear specific drugs in the future.

Their study findings are published in the PLoS Biology.