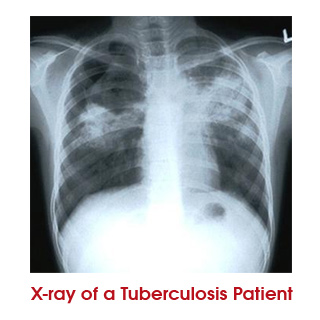 Several police officers and sheriff’s deputies in the Pueblo County will soon be tested for tuberculosis, after they seemingly came in contact with a 71-year-old man who was infected with active pulmonary TB.

Around two-weeks back, the 71-year-old man called Gilbert Ortega was hospitalized after being tracked down by the department’s public health nurses. After spending six-days in the county jail in mid-October, the man tested positively for the disease. After which jail health officials took an X-ray which was sent on to the health department, where officials came to the conclusion that there indeed was an indication that the man had developed the active disease. By that time, Ortega had been released from jail.

According to Dr. Chris Nevin-Woods, director of the Pueblo County Health Department, anything between 60 and 100 people will be tested in the coming weeks to decide whether they have contracted the illness or not.

Also, employees and patrons at the soup kitchen and La Posada, an agency that helps Pueblo’s homeless will undergo the test.

Nevin-Woods stated that the though the Colorado Department of Health and Public Environment was working on a report, she had counted 215 contacts of whom 133 were tested. Out of these, 14 students, some of them from other countries, tested positive for the disease in its latent stage and were given the appropriate treatment. Out of which 11 have accepted treatment, which is a routine of one pill daily for nine months.

Now nurses are trying to track down and contact all individuals who most probably came in contact with him.