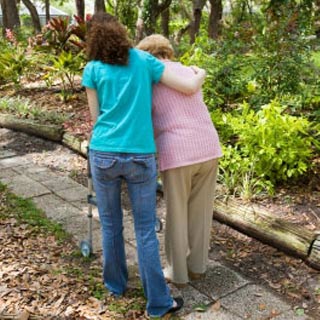 Distinguishing individuals under a threat of developing Alzheimer’s disease may have now become simpler, thanks to this piece of information. A team of scientists from the UCL assert that spinal fluid testing along with MRI scans help provide an early indication of a person’s chances to be diagnosed with Alzheimer’s. The findings can supposedly aid in introducing test treatments or preventions in the early stages of the disease itself.

While conducting the study, 105 cognitively normal individuals from the Alzheimer’s Disease Neuroimaging Initiative (ADNI) were thoroughly analyzed. Participants were segregated on the basis of high and low levels of the protein cerebrospinal fluid (CSF) amyloid. Apparently this protein is typically reduced in the CSF of Alzheimer’s disease patients. Experts examined MRI scan measurements for over a period of 12 months to calculate the brain shrinkage rate. Even other characteristics such as presence of known Alzheimer’s risk gene APOE4 were assessed.

The outcome was that 38 percent normal individuals whose brains had low CSF levels of amyloid seemingly shrank twice as quickly as the other group. Presumably those individuals were also five times more likely to have the APOE4 risk gene and higher levels of the protein, tau. Dr. Jonathan Schott from the Dementia Research Centre (UCL Institute of Neurology) lead author and colleagues note that one in three healthy people aged between 70 and 80 years have a spinal fluid profile consistent with Alzheimer’s disease. Over the following year, it appeared that these 38 percent people developed increased brain shrinkage.

The study is published online in Annals of Neurology.