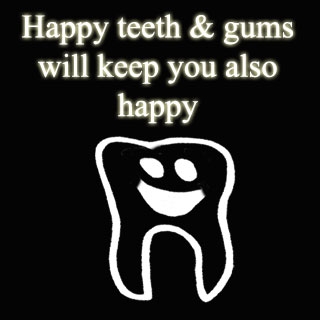 Stress may have various adverse effects on an individual’s well being. Chronic stress can lead to a weakened immune system, high blood pressure, and it can even affect one’s periodontal health. Periodontal disease could further grow into a graver issue, if not treated immediately.

A latest study revealed that about 80 percent of Americans cite the related cause of their stress to money and economy. This study was conducted by the American Psychological Association.

David Cochran, DDS, PhD, President of the American Academy of Periodontology, says that, “Stress may lead an individual to abuse tobacco or alcohol, and to possibly even neglect his or her oral hygiene. These lifestyle choices are known risk factors for the development of periodontal disease, which has been connected to several other chronic diseases, including heart disease and diabetes.”

About more than half of the study subjects reported having neglected their oral hygiene due to stress. Chronic stress may be linked to an increase in the cortisol hormone level in the bloodstream. Cortisol may also play a part in the link between stress and gum diseases. Previous research on the issue had stated that an increase in the cortisol level in the bloodstream could result in a more harmful form of periodontal disease.

Dr. Cochran says that, “During periods of high stress such as what we are currently experiencing in this economic climate, individuals should seek healthy sources of relief such as regular exercise, eating a balanced diet, and getting adequate sleep. Doing so can help maintain a healthy mouth, and potentially help ward off other negative health concerns.”

An earlier study had pointed out yet another advantage of observing oral hygiene and preventing periodontal disease. It had stated that an avoidance of such diseases aids in reducing the over all health care expenses. It was discovered that the patients who suffered from periodontal diseases had higher health care expenses as compared to the one’s not suffering from such diseases.

Periodontal diseases could in the extreme case even result in periodontitis, which consists of bone loss and even lesser tissue attachment around the teeth. Dr. Cochran recommends everyone to maintain an enhanced oral hygiene during stressful times. This could in turn aid in preventing avoidable expenditure, which could in such tough economic times actually prove to be a stress reliever.

Their findings are published in the Journal of Periodontology.