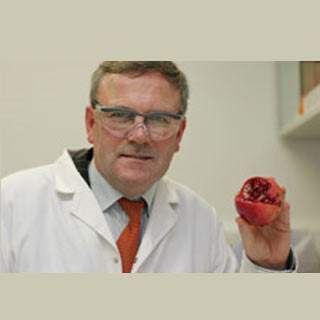 Pomegranates for long have been known for their health benefits. Well, it looks like you can add one more to that list. Scientists from Kingston University in South West London claim the deep red fruit to be the latest armament in the fight against MRSA. Apparently the rind of pomegranate can be transformed into an ointment that could be used for treating MRSA and other common hospital infections.

The additional benefits of the super-food were observed after a series of tests conducted over three years. The experts further noted that the infection-fighting properties of pomegranate were greatly improved when the rind of the fruit was combined with two other natural products mainly metal salts and Vitamin C. This finding was led by Professor Declan Naughton accompanied by researchers from the School of Life Sciences.

“We have developed a topical ointment that can successfully attack a range of drug resistant microbes,” Professor Naughton mentioned. “It’s a significant breakthrough and a striking example of the effectiveness of adding more components to create a more active product.”

Microbes like MRSA (Methicillin-Resistant Staphylococcus aureus) taken from hospital patients were used for the tests. MRSA is known to be a key pathogen causing infections in humans. It may be difficult to fight because it has developed a resistance to some antibiotics

“The increase in drug-resistant infections found in hospitals has made our research topical and pressing,” Professor Naughton added. “The idea of using a foodstuff is unusual and means that the body should be able to cope more easily with its application; patients are less likely to experience any major side-effects.”

The findings explaining this exciting new use of a natural product is published in British Journal of Biomedical Science.